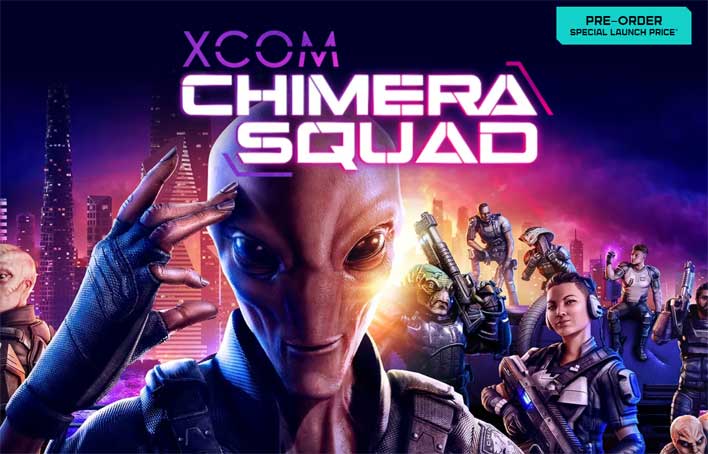 Fans of XCOM have a new standalone release coming for PC that puts a twist on the gameplay that fans of the franchise will remember, and it is called XCOM: Chimera Squad. It will launch on Windows computers on April 24, and the game promises an all-new experience with turn-based tactical combat in the XCOM universe.

Players can deploy a custom team of human and alien agents that are defending the peace reigning on Earth. The game focuses on a squad of 11 characters known as the Chimera Squad that are in a new location called City 31. Events of the game are set five years after the events of XCOM 2: War of the Chosen. The variety of characters on the team include, among others, humans, mutons with strength and agility, and sectoids that can control minds.

2K says that players will lead the squad through a new experience that innovates on the turn-based legacy of the original games in the franchise. Players will have to leverage strategy, teamwork, and new breach-and-clear gameplay to complete objectives. The game is set to launch on Steam for $9.99, which is a 50 percent discount from the $19.99 regular price.

Characters on the team include:

One of the more interesting mechanics of the video game is that individual missions will have multiple follow-up encounters. Soldiers lost early in missions are replaced by Androids with limited capabilities. A restart is required to regain a character killed during a mission. Another exciting aspect of the video game is something called Breach Mode that allows players to take individual agents or small groups and enter the battle from different directions.

Another new aspect of the game is the ability to manage operations of HQ outside of combat. Players will prioritize competing tasks, investigations, and agent assignments. It has been a long time since we talked about anything XCOM-related; in fact XCOM 2 launched way back in 2015.