There's no love lost between Sony and Microsoft on the console front. The companies are fierce competitors, and things are heating up now that the Xbox Series X/S and PlayStation 5 have been battling it out on the market for the past six months.

One point of friction between the two comes concerning games and how they're delivered to consumers. Given that Microsoft has its Windows PC and Xbox platforms to distribute games, it has the ability -- so far, with great success -- to release first-party games simultaneously only on both platforms. In addition, through Xbox Game Pass, gamers can play new releases on day one with their subscription -- not just old games from its existing PlayStation-exclusive library (as with PS Now).

"So right now, we are the only platform shipping games on console, PC, and cloud simultaneously," said Xbox chief Phil Spencer in a pre-E3 2021 briefing, according to GamesIndustry. "Others bring console games to PC years later, not only making people buy their hardware upfront but then charging them a second time to play on PC." Spencer is, of course, talking about Sony PlayStation exclusives which eventually make their way over to the PC side years down the road. We've seen this in the past with games like Death Stranding, Horizon Zero Dawn, and Days Gone, which eventually received PC ports. 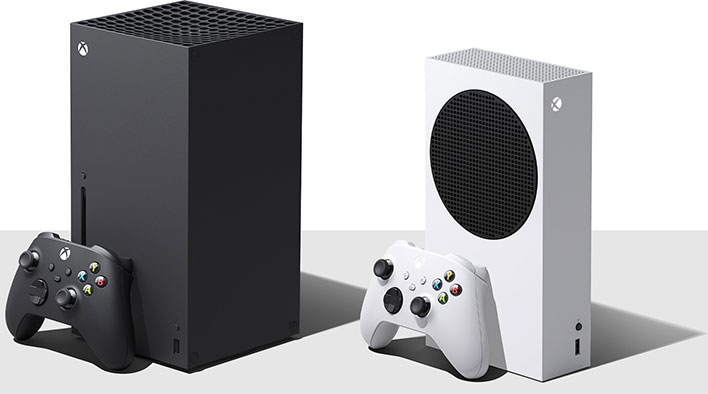 Neither strategy is perfect, but Spencer feels that Microsoft's approach is more consumer-centric with greater access to popular games, both new and old. And this approach will only accelerate in the future, according to Xbox Game Studios boss Matt Booty.

"In terms of the overall lineup, we want to get to a point of releasing a new game every quarter," said Booty. "We know that a thriving entertainment service needs a consistent and exciting flow of new content. So, our portfolio will continue to grow as our service grows."

We'll learn more from Microsoft at this weekend's Xbox and Bethesda Game Showcase during E3 2021. The event will take place on Sunday, June 13, at 1pm EST.