Wow! NASA-Funded ShadowCam Captures Dark Side Of The Moon In Stunning Detail

The first image from ShadowCam reveals the permanently shadowed wall and floor of Shackleton crater in incredible, never before seen detail. NASA-funded ShadowCam is one of six instruments onboard the Korean Aerospace Research Institute's Pathfinder Lunar Orbiter.

The poles of the Moon are in a perpetual state of dawn to dusk, making it difficult to gather images of the depressions in the dark locations. KPLO has six instruments onboard, one of which is the NASA-funded ShadowCam. The instrument is the younger sibling of the Lunar Reconnaissance Orbiter Camera (LROC), Narrow Angle Camera (NAC). LROC has been able to image nearly all of the Moon's surface, except within permanently shadowed regions (PSRs). ShadowCam will add to our knowledge of the Moon by being able to capture images within those PSRs near the poles.

Until now, we have had limited, detailed imagery of those dark regions of the Moon where the Sun never shines. The first image shared by NASA showcases the interior of the Shackleton crater. The upper twenty percent of the image shows the base of the steep wall, while the rest is of the hummocky crater floor. The arrow in the image below shows the path of a 5-meter diameter boulder that rolled down the sloping crater wall. NASA says that boulder tracks are commonly found elsewhere on the Moon. 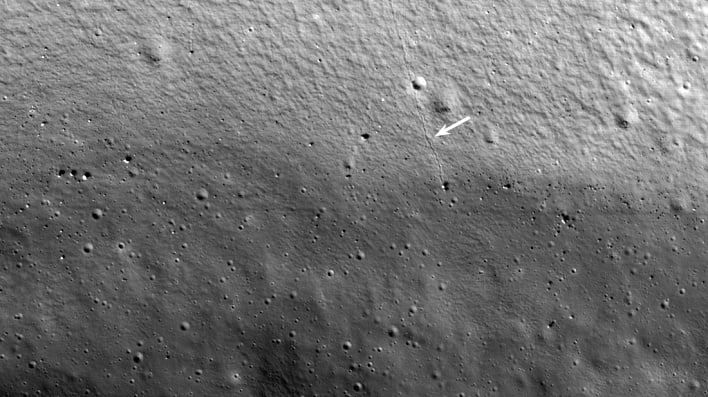 
The purpose of the highly-sensitive instrument is to gather information about the distribution and accessibility of water ice and other volatiles in the PSRs of the Moon. In order to see details within PSRs, ShadowCam was designed to be over 200 times more sensitive than any previous imagers, such as LROC. 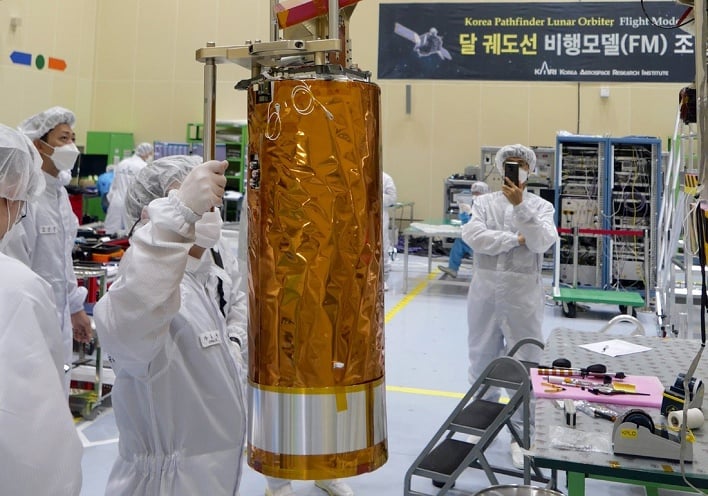 
Because of its relatively small size, the temperature of the greater portion of Shackleton crater rises above the water ice stability point temperature in summer. This means the area is most likely a host for frost or ice at the surface. NASA hopes that future images of the crater where the temperature is lower will reveal ice or frost.

ShadowCam will continue to image all of the lunar permanently shadowed regions with pixel scales better than 2 meters. It will search for ice, seek out any changes with time or season, assess the geomorphology of the frigid terrain, and map out the area for future missions such as the NASA Volatiles Investigating Polar Exploration Rover, also known as VIPER.