If users want to be on the cutting edge of updates for Windows 10, the Insider Update track is where you need to be. The updates typically are just being tested before a full roll out happens, and a new update to the insider ring has us intrigued. It appears that Windows 10 will be introducing a feature called Archive Apps to reduce the number of unused apps on your storage devices.


Typically, if you need an app for a one-off thing, it may sit on your storage device taking up space until you remember to get rid of it. Now, Microsoft looks to help with this pesky little issue by sending apps into the abyss when you do not use them for a while. Twitter user @cadenzza_ took a screenshot of the settings for the feature when he found it in Insider update 20201:

As the settings state, Archive Apps aims to save storage space primarily. Also, this feature will not get rid of the app data or files you created, just the program that can be re-downloaded when you need it again. This handy feature is cool, but it is not something completely new. Apple has a similar feature from a few years ago where you can offload “old or infrequently used” data into iCloud. 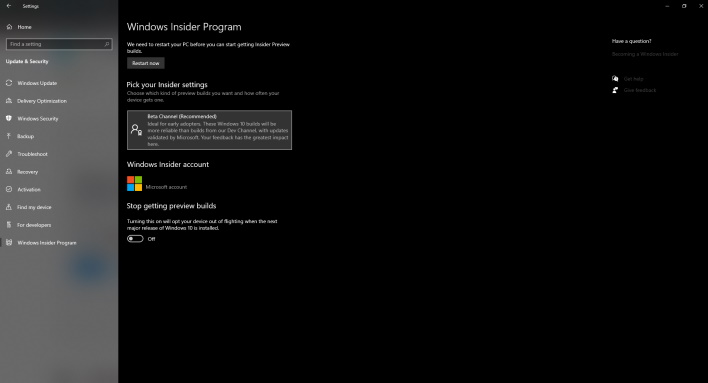 When we dug into the Microsoft update notes for 20201, we could not seem to find anything about Archive Apps. For now, this neat feature is going to fly under the radar until Microsoft decides to make it public. Even when they do make it public, however, it still must make its way to the regular build of Windows 10 for everyone to get their hands on it. As it stands, there are no announced plans for this and Insider features making their way out to the world happen with no rhyme or reason. We will just have to wait and see what Microsoft does with this feature.