According to user reports, the most recent 22H2 update to Windows 11 seems to be breaking remote desktop features. This is rather unfortunate considering many system administrators and organizations rely on the remote desktop software for application access or server management.

The reports state that the remote desktop connection may fail, disconnect, or freeze, with no particular rhyme or reason as to when or how. The issue, according to one user, seems to be primarily affecting attempts to communicate utilizing UDP, as their organization only allows communication via TCP. 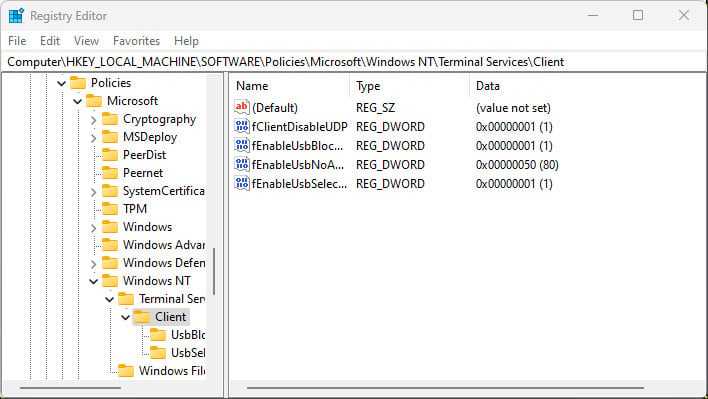 Screenshot of Registry with Fix Enabled.

The user discovered they could fix the issue by modifying the registry on client workstations. It is not an ideal fix, but a fix nonetheless. The registry key is:

and the key value is a DWORD32 set to 1 named fClientDisasbleUDP. Once the change is made, restart the PC.

Another, non-restart, option is to toggle the "Turn Off UDP On Client" policy from the Group Policy Editor. This is found under Computer Configuration ► Administration Templates ► Windows Components ► Remote Desktop Services ► Remote Desktop Connection Client. If this is pushed from the domain controller, users will need to run gpupdate /force on client PC's to pull the update. 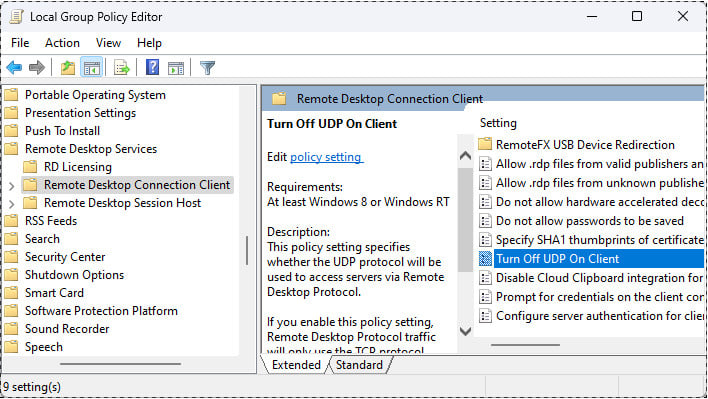 Twitter and the Microsoft Q&A pages have been pretty abuzz with chatter related to this issue. Many people have said this seems like quite an oversight, as an issue like this should have been caught and resolved before launching the update. Some users have stated that these fixes have not worked for them and only reverting the update to 21H2 has resolved the issue.

Official acknowledgement of the issue or a statement related has yet to be made, but this is definitely not the first issue that has arisen since the launch of the newest major Windows version almost exactly a year ago. It has suffered from excessive RAM usage when utilizing the widgets, exposed users of certain anti-malware software to more malware risk, and has a lack of taskbar and start button features that Microsoft said are not coming back. We could list, and have reported on, way more, but a quick search should net you plenty more examples.

Despite all of those problems, Windows 11, overall, seems to have broken the trend of "every other consumer Windows update" being bad without major fixes. Unlike Windows ME and Windows Visa, the transition from Windows 10 to 11 has been mostly good, with headaches of course, but it is perfectly usable in most cases. Hopefully Microsoft acknowledges the issue and deploys a patch to fix this soon. In the meantime, give the fixes above a try if you are having issues.