WhatsApp To Welcome Disappearing Messages With Some Interesting Caveats

One of the most popular features of apps like Snapchat is messages that disappear after a set period of time. Whether you are sending lewd messages or sensitive information, self-destructing messages can protect against images and information leaking out. Recently, WhatsApp released information about "Disappearing Messages"; its own take on self-destructing messages. This functionality has some odd caveats but could be helpful for people using the Facebook-owned messaging service.

Disappearing Messages would work how you would generally expect once the feature is enabled. When a chat with a group or an individual has the feature turned on, messages will automatically disappear after a certain amount of time. The amount of time for a message to disappear is where the first catch shows up. WhatsApp has set the default amount of time to seven days. At present, it appears that people will not have the ability to change the amount of time. While seven days may be suitable for some users, it will not work for others. The original iteration of Disappearing Messages allowed users to change the interval, so hopefully, settings to change the time frame will make a return. 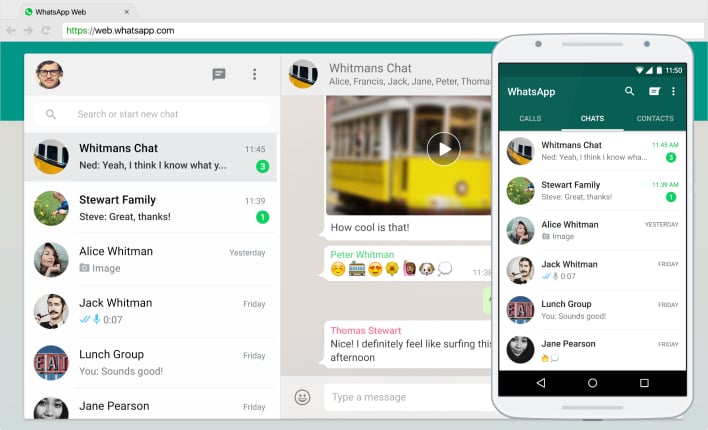 There are some other caveats as well, which we can glean from the WhatsApp FAQ on the topic. If a disappearing message is “quoted” in a conversation, the quote may not disappear, keeping the message in chat. If the message is forwarded or copied via screenshot or copying text, the message will still exist. WhatsApp then explains the following:

Note: Only use disappearing messages with trusted individuals. For example, it’s possible for someone to:


Furthermore, media sent over the disappearing message will be automatically downloaded to photos so the message may disappear, but the image would remain if auto-download is enabled.

Overall, these caveats makes this seem like a not so appealing take on the concept. While it is still a useful feature, users should be given the option to select the amount of time a message should last. Also, messages should properly disappear and be treated differently than regular messages. Going back to the Snapchat example, users are notified that a screenshot or recording is taken, but WhatsApp does not seem willing to handle that issue; otherwise, they would have. While WhatsApp is taking an important first stop with Disappearing Messages, there is still more that can be done to make its implementation better.