Wordle is the latest puzzle game to go viral, and it has people addicted. The simple word game took off late last year and has been growing by leaps and bounds ever since.

Wordle found itself back in the spotlight recently after other devs attempted to cash in on the viral puzzle game. One dev went so far as to even copy the name, and tried to get people to pay for a subscription on Apple's App Store. Apple reacted quickly, however, and took the game down following severe backlash on social media.

But what exactly is Wordle, and how do you play the viral game?

Wordle is a free to play game created by Josh Wardle. In a New York Times article Wardle told readers why he thought it became so popular. He stated, "I think people kind of appreciate that there's this thing online that's just fun. It's not trying to do anything shady with your data or your eyeballs. It's just a game that's fun." When it comes to why Wardle created the game to begin with, he said that he developed it for his partner who loves crossword puzzles. 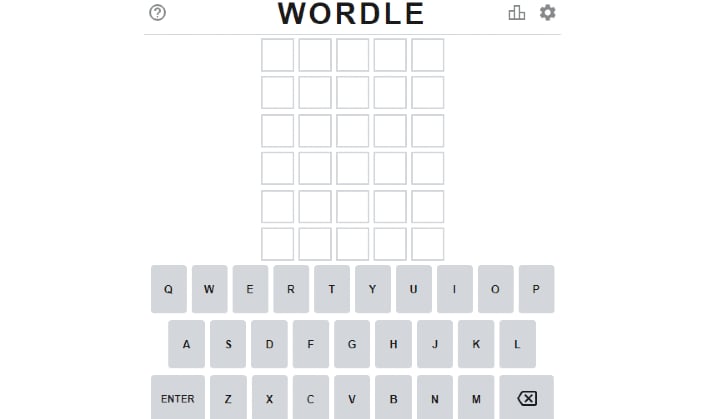 There is a separate Twitter account called @WordleStats that tracks Wordle's Twitter mentions, the number of "hard mode" players there are, and the percentage of people who have solved the daily puzzle in a given number of attempts. If you are wondering what "hard mode" is, it is made up of players who use previously revealed hints in subsequent tries.

People have taken to social media for both boasting and trying to lend hints to those who may be struggling. Players have been found sharing their attempts on social media. They will share attempts that have certain letters highlighted, in order to give a clue to others who might be struggling. You may have the "T" correct in the word, TIPSY, and find that another person has the letter "P" in the right place. This could be a great help in solving the daily word before running out of attempts.

Wordle has taken on a life of its own, and has even become the target of memes. One meme has John Cusack holding up a Wordle puzzle, instead of his iconic boom box from the movie, Say Anything. And there are many others, like the "I bet he is thinking about other women" example below... 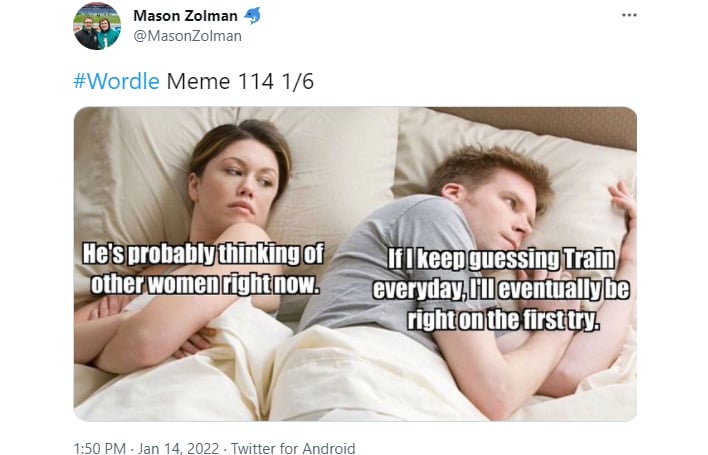 About 76% of players say they needed at least four tries to solve this past Wednesday's puzzle. So, if you are struggling with getting the right word in three guesses or less, you have plenty of company. Don't give up, and keep those guesses flowing.

The word game is not available as an app. It is only in-browser and can be found via its website. This might not be ideal for everyone, but since the game has gone from 90 players this past November to 2 million just last weekend, it is safe to say many don't mind.