It seems if you take a newer Apple Watch or an iPhone 14 on a roller coaster, you could end up notifying the authorities of your thrill ride. Owners have been reporting that their devices think they have been in some type of collision, like a car accident or similar, while being physically flung around on a roller coaster or other fast-moving amusement park ride.

Apple recently announced its new lineup of devices at its Far Out event. Along with the new shiny toys, the tech giant also introduced some new features, such as Dynamic Island. Another of its new features, called "Crash Detection," was designed to notify emergency personnel if you are involved in a possible car accident, or some other type of violent collision or fall. However, it seems it also detects when you are being tossed around while riding your favorite roller coaster. 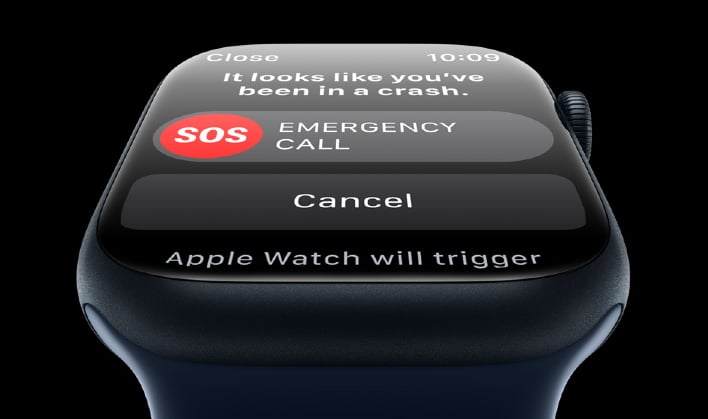 According to Apple, Crash Detection "is able to detect if you're in a severe car crash." Once a device detects such an event, it automatically connects the owner with emergency services, provides dispatchers with your location, as well as notifying your emergency contacts. The feature also incorporates a microphone, barometer, GPS, and what Apple calls an advanced sensor-fusion algorithm that has been "trained on over 1 million hours of real-world driving and crash data."

The devices that currently have the feature include:
According to Coaster 101, amusement parks have picked up on the dilemma, and have been posting signs alerting awaiting thrill-seekers to not take their cell phones and other devices along for the ride. If you do decide to keep your smart devices on you, you should turn them off or enable airplane mode, so it will not make any unintended 911 calls.

If you would like to permanently turn off the Crash Detection feature, iPhone 14 owners can go to "Settings", then "Emergency SOS" and tap "turn off call after severe crash." Apple Watch owners can do the same in the "My Watch" tab, then selecting "Emergency SOS," and then "Turn off Call After Severe Crash."