Let's take a nostalgic trip back to 2006, shall we?. The hottest holiday gift since Teddy Ruxpin was hitting store shelves, that being the Nintendo Wii packaged with Wii Sports. The game practically defined motion controls, and also gave unfortunate examples of how easy it was to break your TV if you used it wrong.


Yes, people damaged a lot of TVs back then playing Nintendo's motion-control favorite. For most, not using the included wrist straps and failing to keep a firm grip caused their Wii-motes to sail into their displays with horrific results. There were also after-market products that, if not properly attached, could quite easily go flying off the controller and impact those screens. Just have a look...
Well, it took less than 24 hours for the official successor, Nintendo Switch Sports, to claim its first display victim. The unfortunate soul? Australian Twitch Streamer 63man, who while playing Tennis on the new title managed to lose his grip on the Joy-Con and sent it careening into the corner of the monitor he was using for the game.


Ultimately the streamer seems to remain plenty calm throughout the situation, as he does utilize multiple displays as many Twitch streamers do. Check out the clip one of his viewers made of the event above.


In a later stream, 63man is asked by his chat where the strap for his Joy-Con is and his response is almost as entertaining as the display damaging event itself. "I don't have the strap! ... You live by the Joy-Con, you die by the Joy-Con! ... I will be gaming without a strap until all the screens in Sydney are broken!" he said. Which, while we don't condone the flagrant disregard for safety, what he does with his property is his choice, after all. 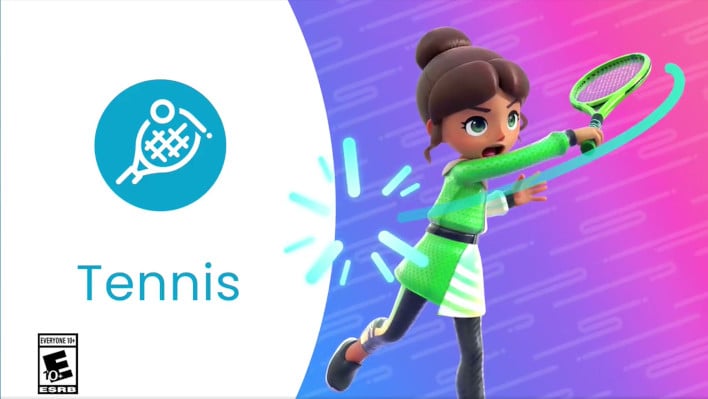 Nintendo Switch Sports is out now worldwide. Though if you intend to pick it up, we highly recommend that you do utilize your Joy-Con straps. If yours happen to be missing you can always buy new ones, like these official ones and always make sure you have plenty of room when playing such wide range of motion games.