"In the trial, the traditional network transceivers were replaced with cutting-edge technology which split a single fibre optic cable into many connections, all taking a share of the huge capacity," said Virgin Media when announcing its breakthrough. "This means a single fibre could be used to provide multi-gigabit speeds to many customers at the same time."

The company went on to add that due to the passive nature of its optical network, it can efficiently perform upgrades and configuration changes to enhance performance for home and business fixed broadband service. These upgraded fiber connections would also provide the backbone for emerging high-speed 5G wireless networks that are propping up around the globe. 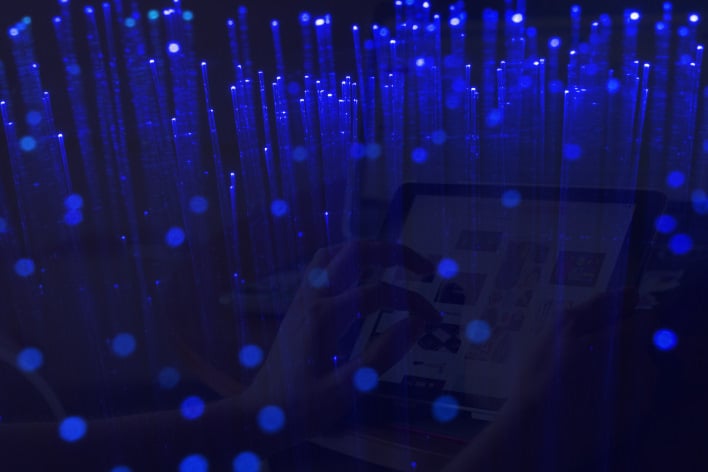 "Our next-generation network already offers gigabit connectivity to more than 7 million homes, but with data use and demand for hyperfast speeds surging, we're continually investing in our network to prepare for whatever the future brings," said Virgin Media CTO Jeanie York. "Innovations like this ensure our customers continue to benefit from the U.K.'s fastest widely-available speeds."

Here in the United States, broadband internet speeds can vary greatly depending on the market. However, the Speedtest Global Index for January 2021 shows that the average download and upload speeds in the U.S. stand at 179Mbps and 65Mbps, respectively. For those lucky few that have access, those numbers can hit up to 2Gbps with Google Fiber and other competing services.

Still, it's good to hear that our friends across the pond in England are on the verge of some significant speed breakthroughs, but it would be great if our ISPs here in the U.S. could lay off the market exclusivity and non-compete agreements to ratchet up speeds for more Americans.