Some families have struggled to afford internet services during the pandemic due to highs price and a waning jobs market. As such, the FCC introduced the Emergency Broadband Benefit program to help these families with a discount of up to $50 a month toward broadband service. However, companies only need to offer one plan to comply with the program, and Verizon is accused of trying to game the system.

Earlier in May, Ars Technica reported that Verizon required people who wanted the $50 government subsidy to switch their internet plan, which sometimes became more expensive. The company claimed that the EBB could not be used on some old or grandfathered data plans, so they would need to switch. Then, when the EBB program ended, you could pay the regular Verizon rate for the new plan or end internet services with the company. 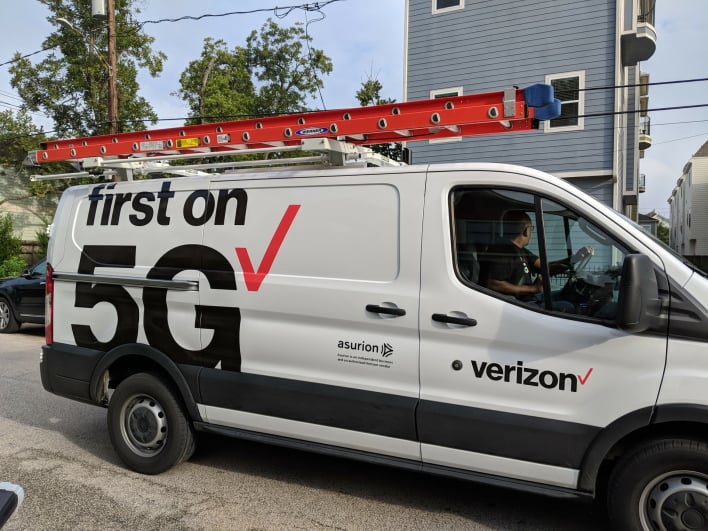 Now, Verizon is angry that the media has criticized its plan for implementing the EBB program. In a filing to the Federal Communications Commission (FCC) on Friday, Verizon explained that "Despite Verizon's decision to offer the EBB discount on nearly all of our current fixed and mobile broadband service offerings, there have been isolated claims that Verizon viewed the EBB program as an opportunity to 'upsell' customers to higher-priced plans." Verizon has since decided to loosen its EBB rules after the backlash, though it believes it was in the right in this letter.

Furthermore, if Verizon customers had to change their plan previously, they can switch back to their original "legacy" plan within 14 days. Though it seems that Verizon has caved, technically, the company did not do anything wrong per se. The EBB requires that "carriers offer the EBB discount on at least one broadband service," so if it requires a change, then it still complies. However, Verizon's implementation went against the intent of the EBB, and it should have been more forthcoming from the outset.

It will be interesting to see whether the FCC changes its rules going forward to make them clearer and better for the consumers. In any case, let us know what you make of this situation in the comments below.