There is no shortage of hype and excitement surrounding Valve's Steam Deck handheld, but is it all warranted? Nobody can truly answer that until the first units ship out to customers. However, one very encouraging sign is that game developers are apparently super stoked for the Steam Deck's arrival, and surprised at well it works so far.
Game developers have been able to play around with the Steam Deck before the general public, naturally, to help ensure a smooth launch. At the beginning of December, Valve posted an update showing the final prototype version of the handheld, otherwise known as the "Design Validation" phase, along with the packaging that it will arrive in.
Now two months later, we're just a few weeks away from the Steam Deck's first batch of shipments. In its most recent update, Valve said the Steam Deck will launch on February 25, at which point those who were among to reserve a unit (for a $5 deposit) will receive emails on instructions to complete their orders. The first units will ship on February 28. 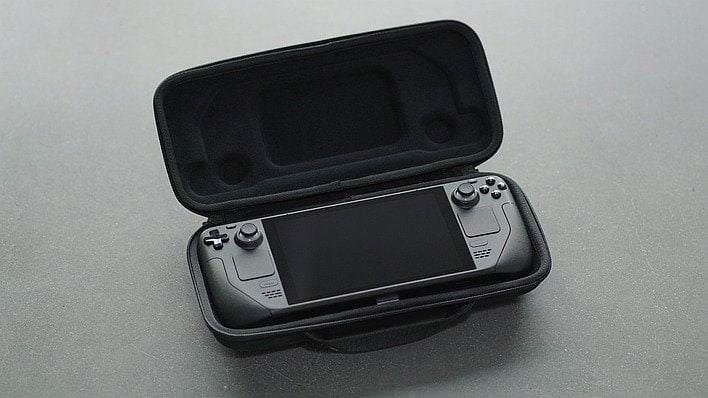 What can you expect? Well, the folks at PC Gamer spoke with several game developers about the Steam Deck, and they poured on the praise. Developers gave the site the impression that they are genuinely excited about the Steam Deck's pending arrival in homes, and believe it could be a huge deal for PC gaming.
Jonathan Smårs, a programmer and designer for Iron Gate, said he was "surprised how well games work on [Steam Deck] without any changes, and how good it feels to play on it." He also noted that Valheim worked on the unit right away without the developer having to make any changes.

In some cases, developers noted they had to make small tweaks to ensure their games detected the correctly resolution and to polish the controls. But they're talking about minor adjustments typically resulting from a game not having been designed specifically for the Steam Deck. Even then, developers were effusive in their praise.

"The touchpad for the mouse, I dare say, might be one of the best I've ever used. I'll need to design a controller layout for it, as well as write controller support for the game, but I suspect my game will be playable on it when that's done," added Raymond Doerr, owner of SixtyGig Games.
Steam Deck runs on Linux with a Proton compatibility layer. Developers are under NDA about the operating system and so they can't talk specifics, but did relay to PCG that they expect games to run smooth on the handheld. 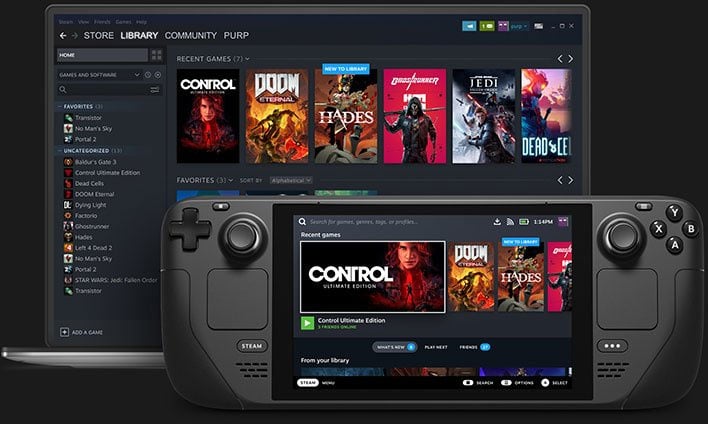 The only concern seems to be ongoing support. One developer expressed concern about some of Valve's past hardware projects being "pretty much discontinued." And who can forget the Steam Machine initiative that fizzled. However, from the outside looking in, it doesn't feel like the Steam Deck is headed in that direction, now unless the launch bombs for some reason.

Also noteworthy is that Valve is on a mission to test every single game in its catalog on the Steam Deck and assign a rating: Verified, Playable, Unsupported, and Unknown. Over 100 games have already been deemed at least Playable, with dozens of titles qualifying for the Verified badge.
We'll see how it works out soon enough, but it's certainly encouraging to see developers tell PCG how excited they are for its release.