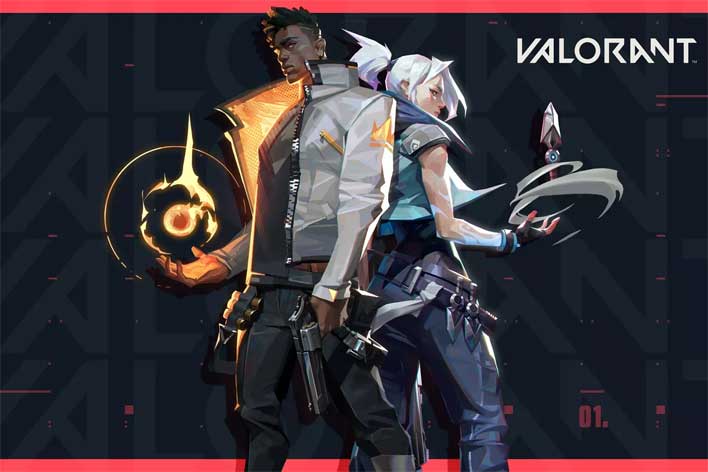 Riot Games is a developer that most gamers would know best for the incredibly popular game "League of Legends." But that's not the only game Riot has up its sleeves, as it has just pulled the wraps off Valorant. Riot Games is trying to combine tactical gunplay elements with characters that are over the top and have special powers.

The official website for the game says players should imagine Valorant as a tactical shooter meets hypernatural powers. In the game, everyone has guns and a unique set of abilities. Riot says that Valorant is meant for strategists who want to make the unexpected play and believe whatever wins works. There is no official launch date for the game at this time; all we know is that Riot Games plans to launch the title this summer. It's first expected the land on PC.

Reports indicate that the game is strongly focused on the competitive audience, and there is expected to be a big esports push surrounding the launch. The developer promised that the game will focus on stopping cheaters from day one and that it will run very fast, even on basic computers. The company wants to expand beyond "League of Legends" and sees Valorant as the game to allow that.

A complete set of characters and their abilities from the game is online. There are eight characters to start, including Phoenix, Jett, Viper, Sova, Cypher, Brimstone, Sage, and Omen. Each of those characters has four special moves. As an example, Phoenix's special moves include Hot Hands and Blaze. The signature ability is called Curveball that allows the player to cast a ball of fire that temporarily blinds those who look at it. The character's ultimate ability is called Run it Back, which allows the player to regenerate if they died during the ability's duration with full health. Polygon has a nice write up with the full assortment of abilities.

It has been a while since we talked about Riot Games or its popular titles. Last October, it announced that League of Legends would be expanding with new games including Wild Rift for consoles and mobiles.