Are vampires back in style? A rather unexpected game in early access has taken Steam by storm. 500,000 copies of V Rising were sold on Steam within three short days.

The game has not only sold over 500,000 units, but it peaked at over 150,000 concurrent players within a 24-hour period. These numbers do not quite beat out games like Elden Ring or New World. Nevertheless, these are impressive numbers given that the game is developed by a smaller, lesser known studio and the game is still in early access.

V Rising is a vampire survival game that is developed and published by Stunlock Studios and available on PC. Stunlock Studies is based in Sweden and has also developed several other games such as Battlerite, Dead Island: Epidemic, and Project O. V Rising’s gameplay style is a bit difficult to define, but the official description states the following: "Awaken as a vampire. Hunt for blood in nearby settlements to regain your strength and evade the scorching sun to survive. Raise your castle and thrive in an ever-changing open world full of mystery. Gain allies online and conquer the land of the living.” Players are therefore tasked with building their own base, gaining resources, exploring the land, and either competing against or cooperating with other players. Jeremy Fielding, Stunlock Studios’ community manager, described the game as “dark fantasy vampire survival action RPG." 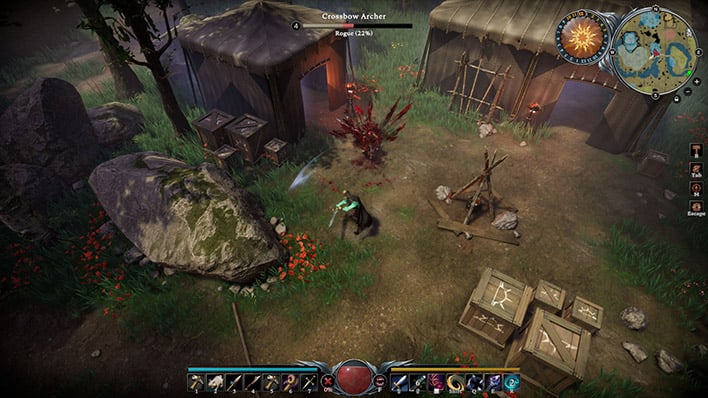 The game’s success has shocked the developers. Fielding remarked in a recent interview, "I absolutely did not expect this many people. I don’t think anybody expected it to be quite this big." He further noted that the game began to gain attention when it went into closed beta and now "people are happy to be here and happy to defend us and speak up for us and spread information for us because we made a good place for them to be."

V Rising is currently $19.99 USD for the standalone game or $53.97 for the DLC bundle. The DLC bundle includes the "Dracula Relic’s Pack" and "Founder’s Pack: Eldest Bloodline." The game has so far received very positive reviews, with many claiming it strikes a great balance between activities like crafting, fighting, etc.