It's only been in recent years that smartphone makers have had the audacity to routinely charge four figures for their flagship phones, and even for some models that are a step below. If you find that to be a tough pill to swallow and don't need to be on the cutting edge, we have good news—all the way on the opposite side of the spectrum, you can snag a Google Pixel 2 for $89.99 right now, or a larger Pixel 2 XL for just $119.99.
Both phones are currently available on Woot, the daily deals site that is owned by Amazon. These are also fully unlocked handsets. So, what's the catch? Well, there are two. The first is that we're dealing with older phone models released in late 2017 (though they're still capable handsets, especially at these price points). And secondly, they are refurbished models that may come scratched or dented.
"Hey, you there! These items are expected to have a moderate level of wear & tear including (but not limited to) scratches, dents, and dings. Outside of their physical appearance, they have been tested to be in full working condition. Batteries are tested to function at minimum 85 percent capacity," Woot says. 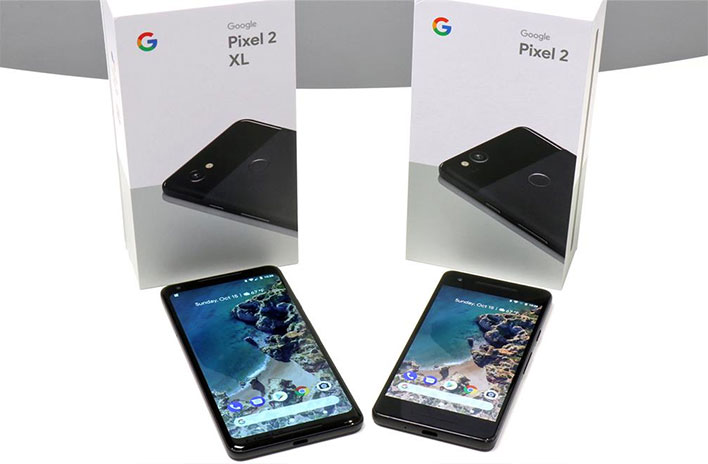 They're also backed by a 90-day warranty, so you have a good three months to whichever one you choose through its paces and ensure it's working properly.
So yes, there are caveats. But at the same time, you're getting a serviceable smartphone for dirt cheap, compared to what they sold for when they first launched—the Pixel 2 started at $649 and the Pixel 2 XL started at $849.
To recap, the Pixel 2 features a 5-inch 1080p AMOLED display and the Pixel 2 XL sports a 6-inch QHD+ pOLED display. Both are powered by a Qualcomm Snapdragon 835 processor and 4GB of RAM, with either 64GB or 128GB of storage. For taking pictures, they're equipped with an 8-megapixel selfie camera with HDR support, and a 12.5-megapixel rear camera with HDR support and dual LED flash.
Check out our review of both models, and if you're interested, hit the links above to order one!