A couple of unannounced Samsung SSDs have shown up on Amazon’s website; one of which seems like a pretty mundane release, and one of which that packs quite a punch with respect to storage space. The two SSDs are from Samsung’s QVO family of SATA III SSDs which prioritize capacity and [relatively] low cost over outright speed that you might see in something like the EVO SSD family.

The first model that popped up on Amazon’s website is the 870 QVO 1TB SSD (MZ-77Q1T0B/AM), which is a SATA III SSD priced at $129.99. However, that’s the MSRP, which means that street pricing will likely be much lower. For example, there are a number of 1TB SATA III SSDs from the likes of PNY, Crucial, and Western Digital selling for around $100 on sale at Amazon. Unfortunately, there are no performance specs listed for this 1TB SKU on Amazon’s website.

However, the more interesting of the two unannounced products is no doubt the 8TB version of the SSD. 8TB SSDs aren’t easy to come by in the consumer space, so this might make for a compelling choice for those that don’t mind forking over the $900 asking price. There aren’t many comparable SATA III SSDs on the market, but Amazon is selling the 7.68TB Micron 5210 Ion also at around $900. 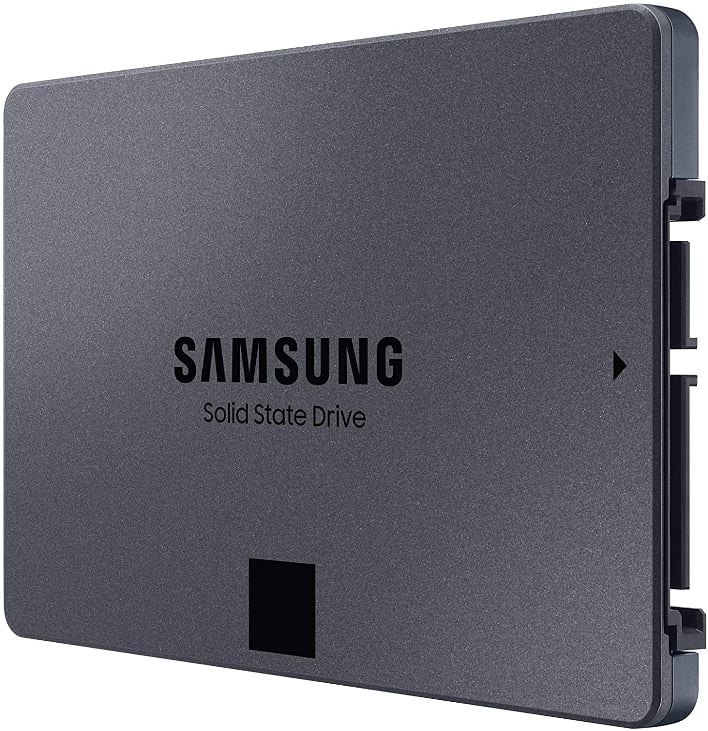 We should note that this high capacity SSD is probably made possible through the use of quad-level cell (QLC) V-NAND. QLC is relatively affordable to implement, but that low cost has a tradeoff with respect to performance. So, while we don’t have official specifications listed for the SSD, we could expect to see similar performance to the 860 QVO which has maximum read/write speeds of 550MB/sec and 520MB/sec respectively in 4TB form.

The 1TB 870 QVO drive is listed as being available on June 30th, while the 8TB version is expected to be available until August 20th. Stay tuned for an official announcement from Samsung.