There is some very exciting news for classic Nintendo fans today. The long running project known as SNESManuals.com has reached a major milestone. It has finally gathered a scan for every known English language manual for games released on the Super Nintendo Entertainment System (SNES). Good stuff.

Documentation doesn't really have all the glory of pretty screenshots and video advertisements of games of today. For many of us though, especially in the era of video game rentals, that instruction manual may be the deciding factor on whether or not we actually want the game. Sometimes games were even unplayable without manuals. This was admittedly was more common on PC games, where a method to encourage purchases, a sort of DRM, would be to include puzzles that could only be answered with context from manuals. 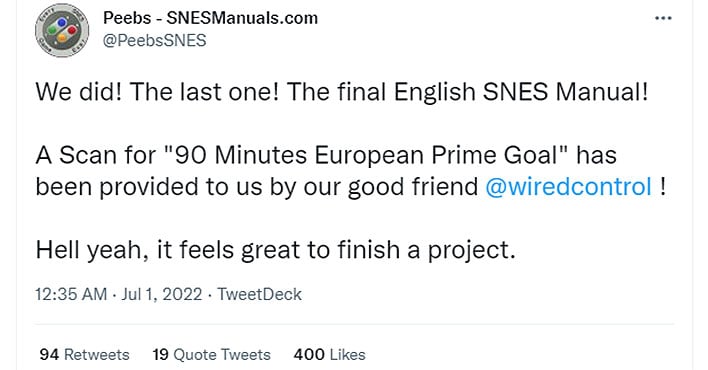 Of course, saying 'English-language manual' actually provides a pretty broad description of what we're talking about—do we mean North America, or PAL regions? Well, the answer to that question is "yes, both," as effectively every known SNES manual that was printed for English speaking and reading audiences has been scanned.

The project reached the milestone officially and Twitter user @PeebsSNES made a post indicating the final scan for the game 90 Minutes European Prime Goal had been uploaded. This brought the total game manual scans to 845 English language manuals. That's a lot of reading material, and a lot of games. All the way from 3 Ninjas Kick Back to Zoop, plus a couple of extras for some peripherals and after-market projects. 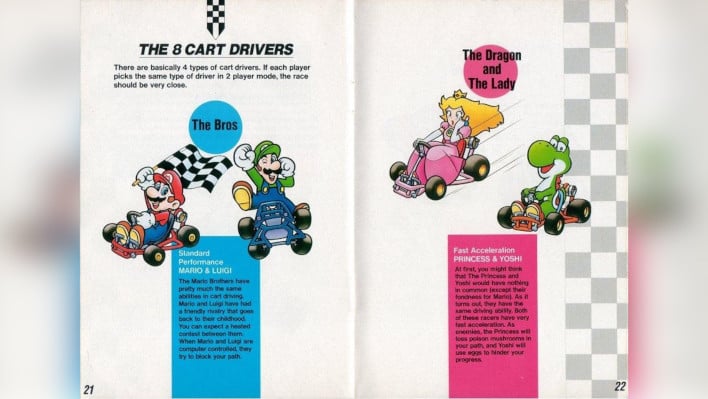 Pages 21 and 22 from Super Mario Kart


The whole project is really awesome and they even made sure to upload to the home of all things archival on the web, The Internet Archive. That should help ensure long term integrity of the data and that it should not get lost to time. The project's work is not done though—there's still the goal to get as many manuals as possible for all languages, a worthy endeavor if you ask us. Also definitely a daunting one. Go check out the work and be amazed at the manuals you forgot you read in the 1990s!