Steam might have banned the use of anything crypto-related in games, but that just means Ubisoft can be first to the punch. The video game publishing giant just announced a new feature in Tom Clancy’s Ghost Recon: Breakpoint that allows gamers to collect Non-Fungible Tokens (NFTs) and use them in-game.

Called Digits, these are the first non-fungible tokens "playable in an AAA game”. Digits are stored on Tezos, a Proof-of-Stake blockchain. Users can collect the tokens and apply them as in-game cosmetics. Digits can be helmets or pants your character wears, or even in-game weapons. Each Digit has its own unique serial number.

To help manage the new NFTs, the gaming giant has announced Ubisoft Quartz. Digits will be available as limited edition items beginning December 9, 2021. That's when Ghost Recon Breakpoint players can pick up their own Wolf Edition M4A1 tactical rifle. 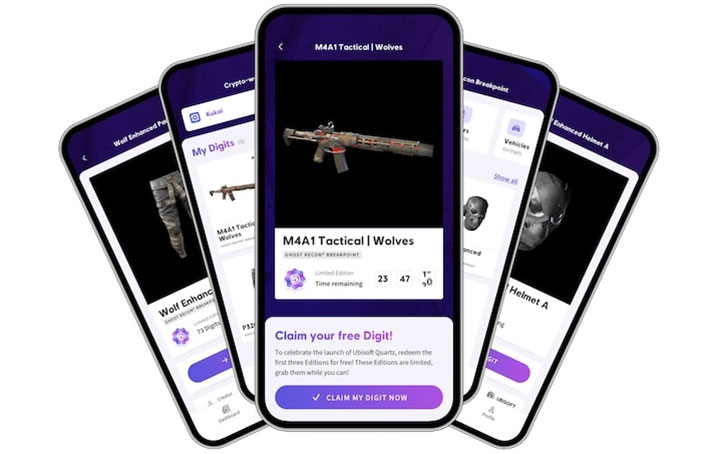 On December 12, the Wolf Enhanced Helmet A launches. Next up, Wolf Enhanced Pants release on December 15. The first three Digits will be free, but in limited quantities. Most of the time, when you purchase something from the Ubisoft in game store, that item is bound to your game account. You cannot share it or sell it. Digits are different.

Digits are playable items, but you can sell them to other eligible players on authorized third-party marketplaces. Currently, those are Rarible and Objkt.

Not just anyone can purchase the Ghost Recon Breakpoint Digits. To qualify, you must be at least 18 years old, live in an eligible country, and reach XP level 5 in the game. You’ll also need to be playing the PC version of the game; Digits aren’t available yet for other platforms.