Twitter threads are a blessing and a curse. They can be a great way to share information and engage in discussion but they can also be difficult to follow and just plain too long. There is now a way to streamline these conversations. Twitter is testing a new feature called “Notes” that will allow users to use more than 280 characters in a single piece of content.

Those who use Notes will be able to go beyond 280 characters and embed photos, videos, GIFs, and tweets. They can also publish Notes on and off Twitter and edit them both before and after publishing. Notes will be accessible on a tab in users’ profiles. Twitter is creating a handle called @TwitterWrite as well where they will post updates about Notes and other relevant features. 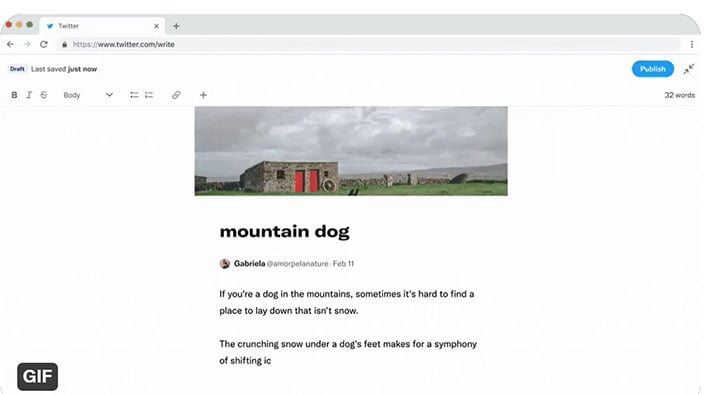 Twitter believes that threads can be beneficial but have strong limitations. It noted in a recent blog post that, “people were writing long elsewhere, and then coming to Twitter to share their work and for the conversation surrounding all those words.” This was especially true of individuals and institutions that publish newsletters and blog posts. They write these announcements elsewhere and then simply share them on Twitter. Twitter has also received a lot of feedback from users who have requested the ability to write longer forms of content and overall more control over their content.

Notes is currently only available to a limited number of “writers” in the United States, Canada, United Kingdom, and Ghana. It is unclear if and when this feature will be available to other Twitter users. According to Twitter, Notes is part of their goal to not only create “things that writers need, [but] investing in the tools and the community that writers deserve.”

Notes seem to be part of Twitter’s larger plan to give users more control over their posts. It is currently testing an “edit” button that would permit users to edit their published posts. Twitter also recently created “Circles” that allow users to post Tweets to only a certain group of people. At the moment, the main question is whether or not Twitter users actually want to read long-form Notes and if Notes will satisfy their desire for more control. Only time will tell if Notes truly catch on.