Are you frustrated by the silicon shortage that is contributing to the near-constant out-of-stock status of the latest hardware, from standalone CPUs and GPUs, to the newest game consoles? We feel your pain. Good news, though—Taiwain Semiconductor Manufacturing Company (TSMC) is rumored to be opening up half a dozen factories in the US, which could go a long way towards alleviating strained output in the future.
There are many reasons why it is difficult to find an Xbox Series X, PlayStation 5, or some of the latest PC hardware in stock and priced at (or close) to MSRP. Cryptocurrency mining and scalpers armed with scripted bots are contributing to the situation. But the root cause is that there is simply not enough supply to meet demand.
TSMC's rumored plans won't affect things in the short term, but it could have a big impact down the line, and perhaps prevent this same situation from playing out again. Hopefully that is the case, anyway.
In any event, it's being reported by UDN that TSMC told its employees that it plans on surrounding its Arizona facility with six factories. The idea is to expand the facility into a "mega site," an ambitious effort that could amount to a $36 billion investment when all is said and done. 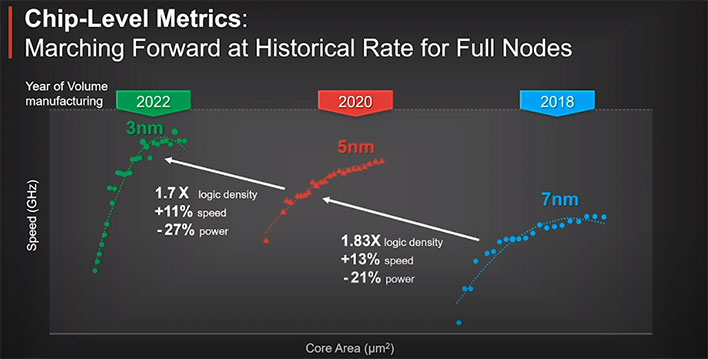 As things stand, TSMC has only confirmed it is planning to build a site in Arizona, where it will produce wafers based on its 5-nanometer node technology. If things stay on schedule, the site will be up and running by 2024, with an initial production capacity of 20,000 wafers per month.
"TSMC welcomes continued strong partnership with the US administration and the State of Arizona on this project. This project will require significant capital and technology investments from TSMC. The strong investment climate in the United States, and its talented workforce make this and future investments in the US attractive to TSMC," TSMC said last year.
Those 5nm chips will deliver a 1.83X increase in density over 7nm. They will also be 13 percent faster and 21 percent more power efficient, according to TSMC.

Total spending on the initial fab is expected to be around $12 billion. It will create more than 1,600 high tech jobs at the facility, plus potentially thousands more that are indirectly related to the site's eventual existence, TSMC said.
Should TSMC surround the facility with six fabs and create a mega site, as is rumored, total output could expand five-fold and hit 100,000 wafers per month.
This is the second rumor tied to TSMC in as many days. Yesterday we reported on chatter suggesting TSMC is on schedule to begin volume production of 3nm chips in 2022, most of which will go to Apple for its future iPhone, iPad, and Mac devices. The company claims its 3nm node will deliver a further 1.7X increase in logic density, run 11 percent faster, and offer a 27 percent gain in power efficiency.