We find ourselves in strange times from a consumer standpoint, whereby it's not just whatever is this generation's 'Tickle Me Elmo' that is in short supply, but a plethora of items. Electronics, mostly—game consoles and PC graphics cards, chips for automobiles, components that comprise DDR5 memory modules, and the list goes on. Sometimes it feels like the chip shortage will never end. It will, and to help fast track the process, TSMC says it is making a record investment to bolster its chip capacity.
It basically amounts to throwing money at the problem, and we're fine with that if it gets the job done. It's not just about ending the shortage or dealing with customers hoarding chips, after all, but being able to meet future demand as companies like AMD, Intel, NVIDIA and others push the envelope and increase their product offerings. And it means more revenue in the long run (that's the plan, anyway).

How much are we talking about here? During a recent earnings call, TSMC's chief financial officer Wendell Huang said the company's capital budget is expected to be between $40 billion and $44 billion. That is the most TSMC has ever earmarked, and it represents a wild 47 percent jump from last year, when it spent a then-record $30 billion. 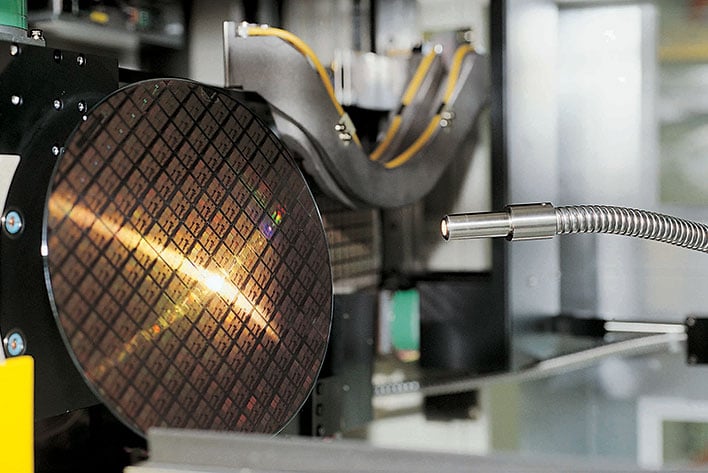 Reading between the lines, this means TSMC fully expects demand for semiconductors to keep growing, even as more people finally get their hands on hard-to-find items such as PlayStation 5 and Xbox Series X consoles, and so forth.
"Entering 2022, we expect the supply chain to maintain a higher level of inventory as compared to the historical seasonal level given the industry's continued need to ensure supply security. While the short-term imbalance may or may not persist, we continue to observe the structural increase in long-term semiconductor demand underpinned by the industry megatrend of 5G and HPC-related applications," TSMC boss C.C. Wei said.
According to Wei, the market is also shifting to "higher silicon content" in a plethora of devices running the gamut from cars and phones, to PCs and servers. Due to this, the shortage is not going to end in the next few months. Instead, Wei stated during the earnings call he expects capacity remain tight throughout the year.
Intel and Samsung, the other two of the three biggest semiconductor manufacturers in the world, are also making big investments towards increase capacity. Between the three, there are hundreds of billions of dollars being within the next few years. So while the shortage may not come to an end this year, it should begin ease, and hopefully not rear its ugly head for a very long time.