The world’s largest contract chip manufacturer, Taiwan’s TSMC, is ready to start construction of its first 1nm semiconductor production facility. It is estimated that to execute its plans, TSMC will invest a sum of approximately $32B in the Longtan district of Taoyuan county, Taiwan. In other recent TSMC news, industry sources indicate that the advanced chip manufacturer is preparing to bump prices of its 3nm wafer output by as much as 25%, compared to 5nm wafers.

Interestingly, the TSMC 1nm fab plans haven’t been confirmed by the company, but a government Vice President. Elections are scheduled for the end of this week, so it is understandable that politicians are eager to let residents know of impending sizable investments and tens of thousands of well paid jobs. Having said that, the VP is probably quite a reliable source with regard to this investment news.
TSMC apparently chose Longtan for a number of very good reasons; it has an expansive science park, it is reasonably close to the Hsinchu HQ and R&D center (30 minutes drive), and it is also in Taoyuan county which is handy for the international airport.
The investment made by TSMC, with the help of government subsidies recently announced, will be in the order of approximately $32B. This is 20% more than TSMC invested in building its 2nm plant, and will also result in at least 20% more job opportunities, reports the Economic Daily. We can’t say whether these costs and labor requirements are due to the inherent nature of the new 1nm manufacturing facilities, or that they will be simply built at a greater scale than ever. Expect TSMC 1nm output to begin in the second half of the decade. 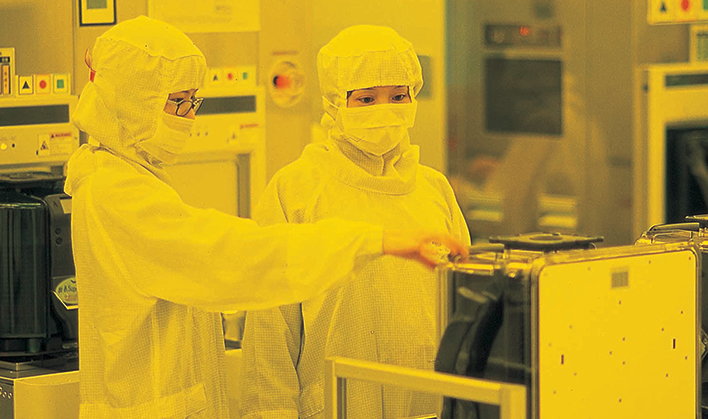 All this investment requires capital, and if the above sounds like good news, here is the sting in the tail. A report from Taiwan tech industry journal DigiTimes says that wafers from the newest current process technology (3nm) at TSMC are going to break $20,000. Putting this figure into perspective, AMD’s current-gen Ryzen 7000 series processors are manufactured on TSMC’s 5nm process and these wafers ‘only’ cost $16,000 each, according to the leaked data. TSMC 7nm wafers are claimed to cost $10,000 each.
These manufactured wafer price increases are surely going to be passed onto customers and consumers. While the newer processes increase transistor densities, newer generation processors pack in more transistors than ever, so some of the cost reductions that could be precipitated by refined semiconductor processes never come to fruition. The consumers’ best hope is for semiconductor fabs to increase capacity beyond sustainable levels (boom and bust cycle), as well as hope for fiercer competition from rival producers (e.g. Samsung, Intel).