TSMC foundries will begin mass production of the first 3nm chips for its customers in September, according to industry reports from Taiwan. The world’s largest contract chipmaker has completed the R&D and trial production for what it refers to as its N3 process. It is expected to significantly ramp up N3 production towards the end of Q3 this year. However, customers will still have to wait until early 2023 for order fulfillment.
The move to N3 will be a significant step for TSMC’s customers. According to official data, the transition from N5 to N3 could deliver up to a 70% logic density gain, up to 15% speed improvement at the same power, and up to 30% power reduction at the same speed.
Recently, TSMC president Wei Zhejia told investors that N3 progress was in line with expectations. This insiders-sourced news report appears to back up his assertion. Moreover, it is said that N3 has a good yield, and will be contributing to company revenue as soon as H1 next year, when the first orders are delivered.


There is also talk about N3E progress, an enhanced version of N3 that is in the pipeline. N3E will deliver better performance, power consumption and yield – with a slightly lower transistor density – and already there is talk that it is advancing better than expected. N3E will enter mass production in H2 2023. 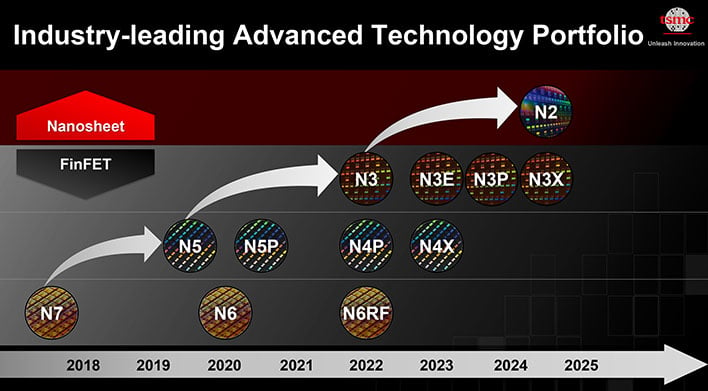 TSMC’s N3 family won’t end with N3E, it will be tailored and tuned further, with the official roadmap containing N3P and N3X, too. Beyond this, an optimized N3S will arrive sometime later, perhaps as a cheaper alternative to N2. The initial four variants of N3 will cover disparate major platforms including smartphones, IoT, automotive electronics, and HPC. 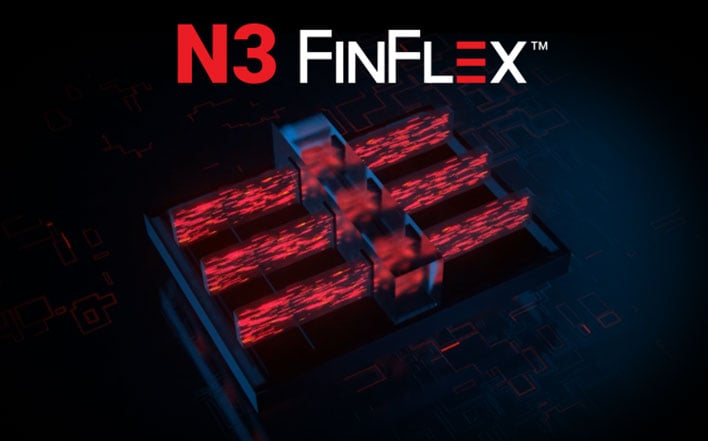 Adoption of TSMC N3 by tech firms will be boosted by FINFLEX technology. In brief, this is a technology which means designers can pick and choose the fin structure on different functional blocks of their chip designs – hence flex in the name.
After N3 and N3S become old hat, TSMC is going to be ready to spring its 2nm or N2 technology, which will employ Gate All Around (GAA) Nanosheet transistor technology. Samsung has already moved to GAA for its 3nm process chip making.

Taiwan’s Commercial Times mentions that it received the above information about the progress of TSMC’s N3 process via semiconductor machinery manufacturing insiders. As the information isn’t from TSMC directly, and the sources are not named, please add a pinch of salt.