Top Games To Look Forward To In January 2021 And Beyond

If you are reading this, then congratulations, you beat 2020. We are now onto 2021, and while it hopefully will not be quite as challenging as last year, it was not all bad. In particular, some big name games came out last year, including Cyberpunk 2077 (which is pretty fun and engaging if you get past the launch bugs). As we embark on a new year, there are several great looking new games on the horizon that we are looking forward to.


I am a big fan of the Hitman series, and the stealth genre as a whole. For me, this dates back to the Quest for Glory lineup, and later the Thief series. A little more recently, I've been sneaking around and picking locks in games like The Elder Scrolls V: Skyrim.
The Hitman series is a different breed, however. While I would never do any of these antics in real life, sneaking around and strangling people to then assume their identify (after hiding their body, of course) is a lot of fun in a virtual landscape. Hitman 3 is the eight installment in the long running series, and the last in the World of Assassination trilogy. And if you own a PlayStation VR headset, you can use that to play the game. 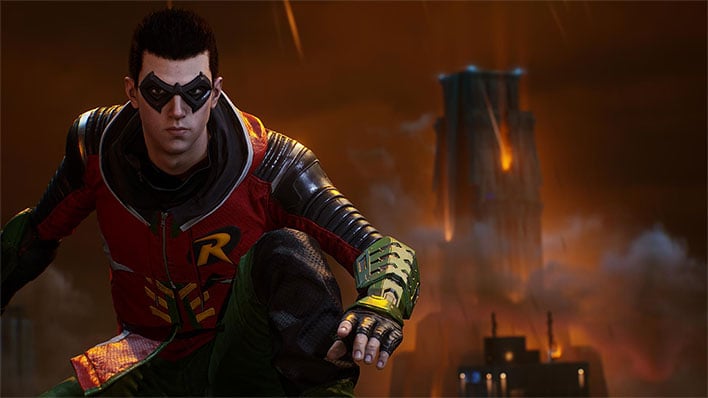 If you are a fan of the superhero genre, be on the lookout for Gotham Knights, currently in development by WB Games Montreal. It is an action role-playing game based on the Batman universe, but with a twist—Batman is no longer among the living, so it is up to superheroes like Robin, Batgirl, Nightwing, and Red Hood to keep order in Gotham City.

Those are the four playable characters in the game, each of which can be leveled up. Following the death of Batman and Police Commissoner James Gordon, crime is on the rise in Gotham City, so they have their work cut out for them. Some of the villains in the game include Court of Owls and Mr. Freeze.

The Age of Empires series dates back more than two decades, and is still kicking. In fact, later this year Xbox Game Studios will release a new installment of the real-time strategy game, Age of Empires IV. And not a moment too soon—the game was announced back in 2017.
There is not a ton of information on the game, even it gets closer to release. However, it is reportedly in a playable state and currently being debugged.
"We are making great progress on Age of Empires IV. I don’t want to make you jealous, but we are literally playing this game every single day—both in Washington and in Vancouver... Our partners at Relic have been incredible stalwarts as we all migrated development from office to home, and modified (through trial and error) our processes to help facilitate productivity to keep the game on track.," Shannon Loftis, general manage of World's Edge Studio, recently wrote.

Fans of the horror genre can look forward to The Medium by developer Bloober Team, due out later this month. You plan in a third-person perspective, but what is truly unique is the ability to play in two different realms—the real world, and the spirit one.
"As a medium with access to both worlds, you have a wider perspective and can see more clearly that there’s no one simple truth to what others perceive. Nothing is what it seems, everything has another side. The Medium features a 'dual' soundtrack by Bloober Team’s Arkadiusz Reikowski and legendary composer Akira Yamaoka of Silent Hill fame," the developers explain.
This is also a title that is optimized for the Xbox Series X (also will be available on PC), so you can expect fast load times and some ray-traced visuals.

Developer 343 Industries is hard at work getting Halo Infinite ready for release by the end of the year, barring any further delays. It is the sixth main installment in the Halo franchise, and it sees the return of Master Chief, and will feature new weapons and a bigger, open world.
There will be both a single-player campaign mode and multiplayer gameplay. Microsoft had considered published the two modes separately, but ultimately decided that releasing it as a single title made more sense, hence part of the reason for delay.

Other Games To Look Forward To In 2021


Gaming is a massive business, and like most years, there will not be a shortage of titles in 2021, on various different platforms. Developers are especially motivated to push out new games with next-gen consoles (PlayStation 5 and Xbox Series X) having been released, as well as a new generation of graphics cards on the PC, which hopefully be more readily available in the near future.
Some titles to look out for...
Are there any games you are eagerly awaiting for release this year, whether they are highlighted above or not? Let us know in the comments section what you are most looking forward to playing!