Tim Sweeney Rages Against Facebook, Google, And Politics In Games 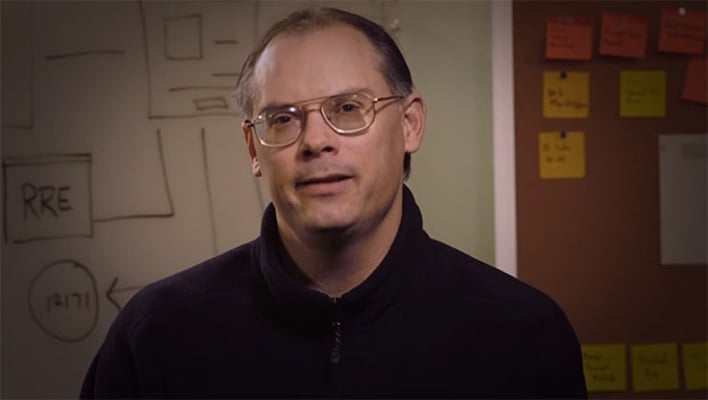 Tim Sweeney is a CEO and co-founder of Epic Games, and he recently delivered a keynote speech at the DICE Summit in Las Vegas. During his keynote he shared some of his thoughts on the future of the gaming industry and issued a warning for all gaming companies against what he terms "customer adversarial" business practices. He noted that businesses should operate "as neutral venues for entertainment." He says that customers and employees along with everyone else can hold their own views and not be judged by Epic for those views.

He also talked about controversy that surrounds political censorship noting that companies need to "divorce themselves from politics." Most assume that the gaming executive was talking about the major controversy last year that Blizzard Entertainment stepped into when it suspended a professional Hearthstone player for voicing his support for Hong Kong protests. Sweeney said that platforms should be neutral.

Sweeney went so far as to say that if game does take on politics, it should come from the heart of the creative types and not from a marketing department wanting to capitalize on division. He also noted that mobile platforms need to "open up" to allow publishers to freely put products on their marketplaces. He specifically pointed to Fortnite being denied access to the Google Play store because the game used different payment method than what was supported. Sweeney said "that needs to change, and it will change." The executive also railed against pay to win games that allow players to buy upgrades to gain a competitive advantage and loot box business models. Sweeney said that the gaming industry needs to ask itself what it wants to be.

He said "do we want to be like Las Vegas" or do we want to be widely respected as creators of products that customers trust. He believes more and more publishers will move away from loot boxes. He also noted that gaming developers should be weary of creating an experience where the outcome is influenced by spending money. He also talked about the crossovers that have made Fortnite so much money with the likes of Marvel and Star Wars. He believes such things will be the future of advertising. Recently we talked about a Harley Quinn crossover to go along with the "Birds of Prey" movie in theaters coming to Fortnite.