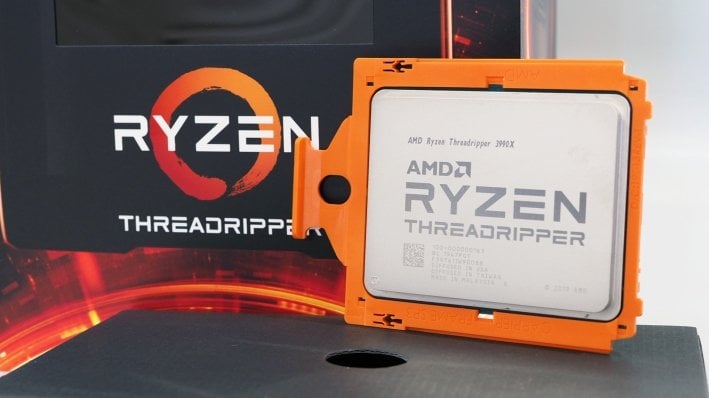 Then it comes to HEDT processors available on the market right now, there's the AMD Ryzen Threadripper 3990X; and then there's everybody else. The processor's claim to fame is that it's based on AMD's versatile 7nm Zen 2 architecture, decked out with 64 physical cores and 128 threads for multi-threaded domination.

While we would expect that anyone that could plunk down nearly $4,000 for a Threadripper 3990X would be using it for high-end rendering, editing, or computational modeling work, one redditor has found a rather innovative way to use the processor in Windows 10. Kenny_Stryker in the PC Master Race subreddit used software that allows you to specify a workload for each individual core/thread, with that resultant processor utilization showing up in the Windows Task Manager.

If this is not the correct way to use a 64-Core Processor, I don't know what is. from r/pcmasterrace

Given that Threadripper 3990X has 128 threads at its disposal, it’s enough "pixels" to present a somewhat discernible image when put in motion. In this case, it's a visual reproduction of the music video for the song “Bad Apple” by Alstroemeria Records. Given the amount of pixels that we're working with, it's by no means an "high definition" remake, but it's close enough to be impressively cool.

Task Manager can't refresh nearly as fast as what's seen in the video, so it's reported in the embedded clip above that the core utilization rates are sped up 5x to sync with the music video.

The reddit thread currently has nearly 600 comments, with most folks stunned at the feat. User coloredgreyscale humorously asked, "How long until we can play early PC games in their original resolution on the task manager?" to which Anarch157a replied, "later 8 bit computers had 256x192 resolution, so we'd need 49,152 cores, or 768 Threadrippers." So, I guess we've got quite a way to go before achieving that goal. And who knows how many decades it'll be before it can run Crisis...

With that being said, the Threadripper 3990X doesn't come cheap; it's currently available on Amazon at a price of $3,449.99, which is a 14 percent discount from its $3,990 regular price. You'll also need a compatible motherboard to go along with it, and that'll set you back at least $500.