Update July 12, 2022:
The creator of the project has posted up their GitHub with the code and diagram for the "Dice Bomb"

Original Story:
As you walk through an airport security checkpoint you might need to roll for charisma or persuasion. You could take out your D20 set and make a roll, or you could cause a panic by taking this particular little Raspberry Pi Zero project out of your bag. Don't do that though, you'll be holding up the line, and we all hate that.

Labeled as the "Dice Bomb", reddit user u/el_hombre_basura has posted up a very interesting little Raspberry Pi Zero project. Using a bunch of spare parts they put together a neat little LED visual based dice roller. However based on the way the controller and batteries look together, it definitely is reminiscent of something you might see in the game Counter-Strike or other counter-terrorism simulation games.

Yes, the "Dice Bomb" definitely looks like you might be trying to sneak something nefarious into a location, but it actually works really well according to the output. The little video made by the creator posted on r/raspberry_pi shows four sections of red LED panels with the ability to define all of the most common (and uncommon) D20-set dies. So you could roll up to four D20s on this device.


After defining the dice you wish to roll, one more button presses and you can see the randomization of the output displayed on the LED panels. Now, the actual algorithm for randomization is not public knowledge yet, but the user does state that they will be publicizing their code and a circuit diagram soon; we'll try to update this post when they do. However, if you want to get a bit of a head start on trying to make your own, and even some variations in colors, here are a couple pieces you could work with. 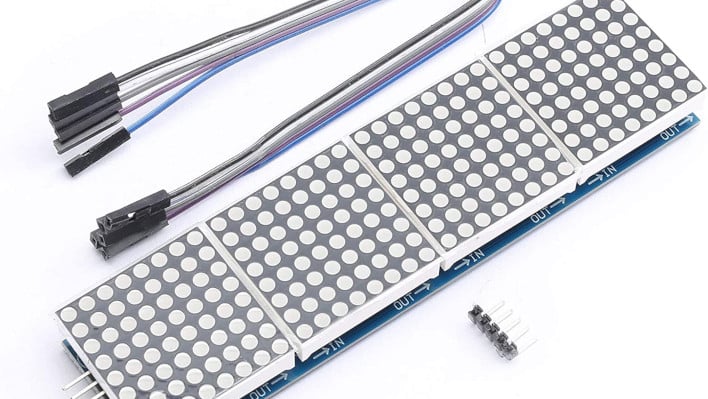 We write about these projects a lot, but we'd love to hear about some of your own fun micro-controller-based projects. Let us know the kinds of stuff you come up with in the comments below.