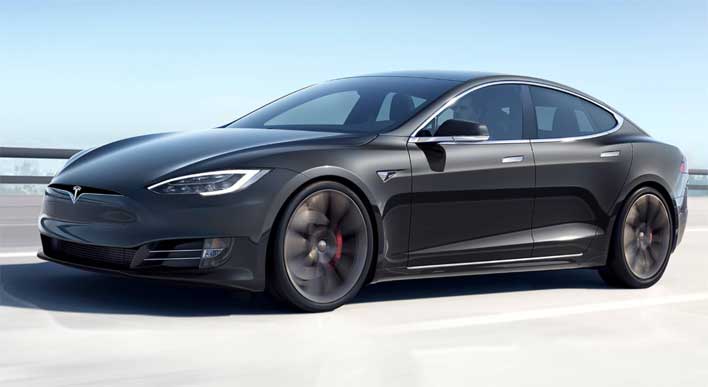 Elon Musk is known to make heavy use of Twitter to keep in contact with his flock. The most recent video that he has shared shows a Tesla car playing sound bytes as it pulls up to someone standing nearby. The video appears to show a Tesla event of some sort as two identical maroon Tesla cars are driving in opposite directions. Musk has promised that eventually, Tesla cars will be able to answer drivers like KITT from Knight Rider.

The tweet from Musk, who now apparently goes by "Buff Mage" on Twitter, says Teslas will be able to talk to people if you want. In the video, the Tesla car uses an English accent to say, "Don't just stand there staring, hop in." The car says something else after that sounds like, "Have you practiced that expression long?"

Teslas will soon talk to people if you want. This is real. pic.twitter.com/8AJdERX5qa

Last year Tesla made modifications to its vehicles to add a speaker. A speaker is a regulatory requirement for EVs and their near-silent operation to warn pedestrians that a vehicle is approaching. That speaker is leveraged for the feature. Teslas were also updated last year to play an audible tone when the vehicle is moving at 19 mph or under. Musk says that the new audio playback feature will be pushed to drivers and says that it will work with Sentry Mode and Fart Mode. As for how the new audio feature works, we aren't sure. The assumption is that it's a soundboard that launches the audio.

In other Tesla news, back in November Musk unveiled the Cybertruck, which is a 500-mile pickup that looks like something off a Bladerunner movie set.