Tesla is finally facing the music in the United States after it unceremoniously reduced the performance of Model S electric vehicles using an over-the-air update (OTA). The OTA update that Tesla sent out not only reduced the charging speed (which meant that it would take longer for an owner to top off their battery), but it also reduced the useful range of the battery by as much as 10 percent.

Tesla was under fire -- literally -- at the time after a high-profile incident when a Model S spontaneously combusted in a parking garage in early 2019. "As we continue our investigation of the root cause, out of an abundance of caution, we are revising charge and thermal management settings on Model S and Model X vehicles via an over-the-air software update that will begin rolling out today to help further protect the battery and improve battery longevity," said Tesla in May 2019.

When the class action lawsuits were first filed regarded the offending update, 1,743 Model S vehicles were affected by the reduced range and charging speed. After numerous complaints from owners and a lot of well-publicized negative attention, Tesla issued a software update in May 2020 that restored the maximum battery capacity over time to 1,552 customers. A total of 57 customers received complete battery replacements for their troubles. 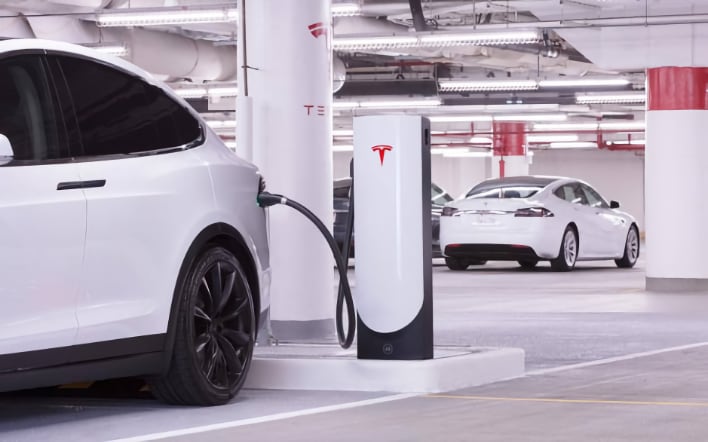 As a result of the settlement, all 1,743 customers initially affected by the battery throttling will receive just $625 in compensation from Tesla after lawyers' fees are extracted according to Reuters.

Compared to Model S owners in Norway, U.S. owners received the short end of the stick.  The company was forced to pay Norwegian owners $16,000 each after their vehicles were affected by the same 2019 software update.

Tesla isn't the only "tech" company that has a penchant for throttling devices. Apple caught the ire of customers for throttling performance when the maximum battery capacity dipped below a certain threshold. And OnePlus recently came under fire when it throttled hundreds of Android apps to maintain OnePlus 9/OnePlus 9 Pro battery life.