By now, people have probably already forgotten about the Tesla Semi. Tesla first unveiled the all-electric Class-8 big rig back in 2017 and promised to revolutionize the trucking industry. Originally scheduled to go into production in 2019, the Semi has been stricken by numerous delays, which have left its paying customers anxiously awaiting delivery.

Fortunately, a new report indicates that Tesla has finally exorcised its production demons and that the Semi is gearing up for low-volume production later this year. According to Electrek, the production line for the vehicle's drive axles has the green light. In addition, the general assembly line is apparently proceeding through the "final debugging stage." 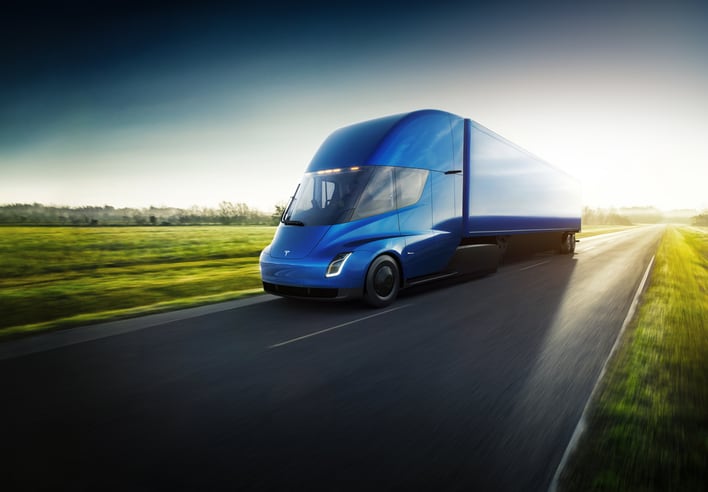 Tesla Semi production will reportedly take place at a facility within close proximity to its Gigafactory Nevada location. By the end of 2021, the production line will reportedly produce five Semis per week. Electrek reports that the first production Semis to roll off the assembly line will be used for Tesla's own trucking needs, with long-time reservations holders being the next in line to get their vehicles. Some high-profile customers who bought into the Semi hyper include Walmart, J.B. Hunt Transport Services, and Anheuser-Busch.

One key to making the Semi viable for trucking routes is an extensive charging network. Tesla passenger vehicles have access to Superchargers, while Semis will use a new Megacharger network. For the 500-mile Semi, Tesla says that Megachargers can dish out a 400-mile recharge in just 30 minutes.