Violence is on the rise in Chicago, and lawmakers are looking for ways to drive those numbers back down. One stat that has drawn attention in recent weeks is the city's number of carjackings. According to Chicago police, carjacking surged by 134 percent for 2020, bringing the total to 1,415.

Rep. Marcus Evans Jr. (D), whose district covers Chicago's South Side, wants a sales ban to minors on violent video games like Grand Theft Auto. Evans is proposing an amendment to an existing 2012 law that prevents the sale of violent video games to minors. Illinois House Bill 3531 (HB3531) has been updated to add the following language:

Modifies the definition of "violent video game" to mean a video game that allows a user or player to control a character within the video game that is encouraged to perpetuate human-on-human violence in which the player kills or otherwise causes serious physical or psychological harm to another human or an animal...

Modifies the definition of "serious physical harm" to include psychological harm and child abuse, sexual abuse, animal abuse, domestic violence, violence against women, or motor vehicle theft with a driver or passenger present inside the vehicle when the theft begins.

The above-bolded text is pertinent to Grand Theft Auto, a widely popular game franchise that allows you to perform carjackings (among other violent and heinous acts). However, what's interesting is that games like Grand Theft Auto and its ilk have been around for decades; this is nothing new. A game like Grand Theft Auto alone couldn't possibly be responsible for the rise in the city's carjackings. Still, lawmakers and city officials are seemingly trying to tie the young ages of some of the carjacking suspects with the fact that the COVID-19 pandemic means that many children are at home, spending more time playing video games. 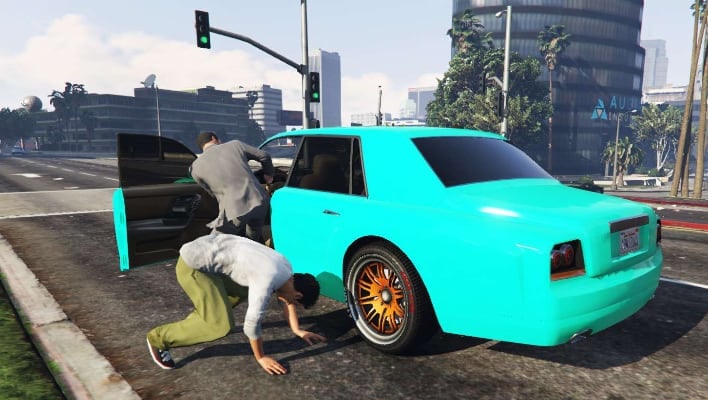 The youngest [recent] carjacking suspect was just 12 years old, and a 14-year-old was arrested in January for "taking part in multiple carjackings," according to Fox News.

"I feel like this game has become a huge issue in this spectrum," said Walker in an interview with the Chicago Sun-Times. "When you compare the two, you see harsh similarities as it relates to these carjackings."

As a counterpoint to the rumblings in Chicago, a decade-long study concluded that this is no credible link between kids playing violent video games and, in-turn exhibiting violent behavior.