Microsoft has unveiled an SDK that is for dual-screen devices, like the upcoming Surface Duo. The SDK is meant to allow devs to start getting their apps and software ready for the dual-screen devices that will be launching down the road. While the SDK for the Microsoft Surface Duo is available now, the preview SDK for Windows 10X will launch "in the coming weeks."

Microsoft has also announced new web standards proposals that will enable dual-screen experiences for websites and PWAs on Android and Windows 10X. The new standards that the software giant is proposing will provide developers with the capabilities and tools needed to develop for dual-screen devices. The preview SDK for the Surface Duo, which was announced back in October, is available for download now. 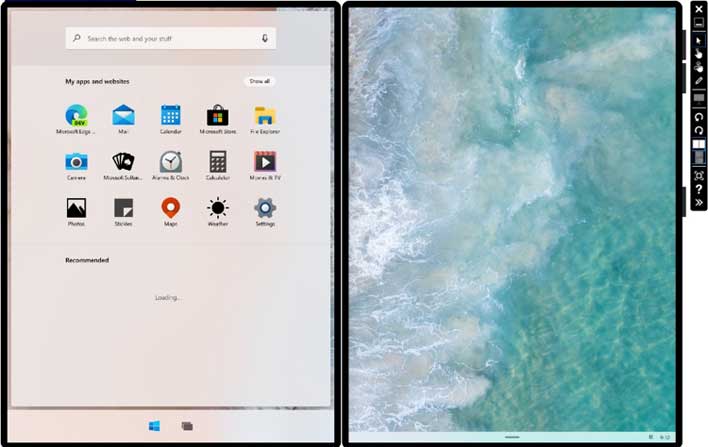 The preview SDK includes native Java APIs to support dual-screen development for the Surface Duo. It includes the DisplayMask API, Hinge Angle Sensor, and new device capabilities. An Android emulator is included with a preview Surface Duo image integrated into Android Studio. This SDK allows users to test their app without a physical device.

Here's a quick look at some of the (unfinished) navigation gestures that are part of the Surface Duo. This build is pretty buggy, but still interesting to see. pic.twitter.com/Jra1xVfZl2

The emulator supports postures, gestures, hinge angle, mimics the seam between the two screens, and more. Additional functions will be added over time. Devs will need Android Studio and Android Emulator for the preview SDK to work.

An early look at Windows 10X is coming, and devs will be given access to a pre-release version of the Windows SDK via standard Insider builds. The Microsoft Emulator is expected to be available on February 11, along with new APIs for dual-screen support, documentation, and code samples. Native Windows APIs will support dual-screen development allowing devs to span two screens, detect hinge position, and take advantage of Windows 10X.