Black Friday is officially (and finally) here and if you're lucky, you might be able to score a new game console. Chances are you'll strike out, though, as restocks come and go in the blink of an eye. If you're having a tough time finding one in stock, all might not be lost—check your email inbox to see if Microsoft sent you an invitation to purchase the Xbox Series X from the Microsoft Store.
Microsoft's been sending out private invites this past week, and I can confirm they're legitimate. At least two of us here at HotHardware received one, myself included, which I took advantage of for a family member who had been on the hunt for one. And yes, it arrived (rather quickly, too). Here's what the email looks like... 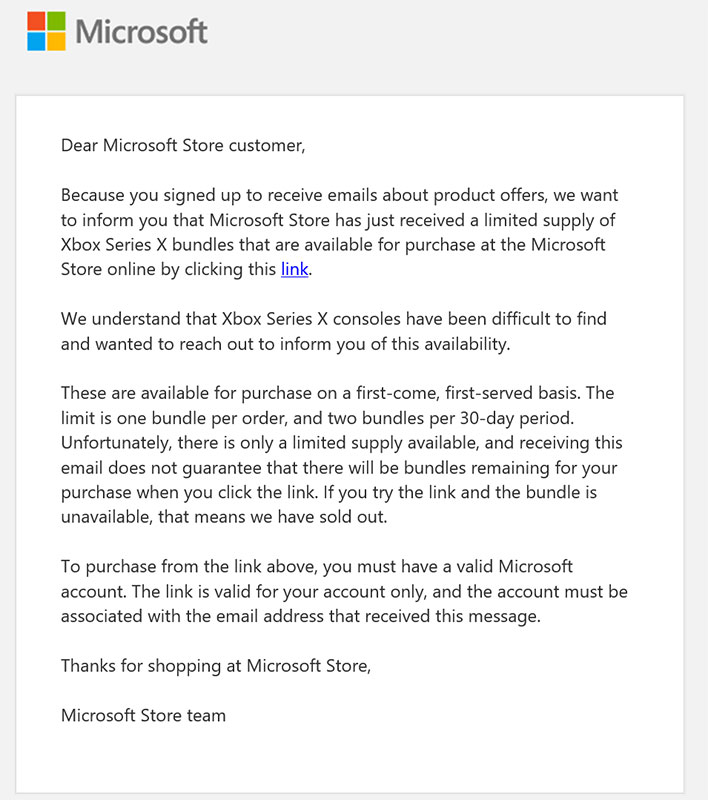 According to the email, Microsoft has earmarked a limited supply of Xbox Series X consoles for these private invites. It's not entirely clear how Microsoft selects who will receive an invitation, only that they're reserved for people who "signed up to received emails about product offers." Beyond that, only Microsoft knows the criteria.
This is a little more expensive than buying the Xbox Series X by itself, though not by a ton. You have to tack on a game and an extra controller. Game options include... 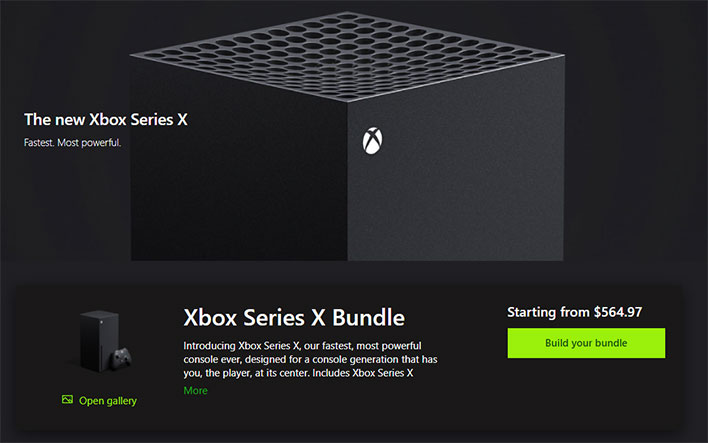 There's also a variety of controllers you can select from. These range in price from $49.99 to $139.99 (currently discounted rates). So if you have one of these emails, the current least expensive path before tax is $564.97, which isn't too bad considering you get an extra controller and a game (GTA V, in this case).
In addition to checking your inbox, take a peek at your deleted emails and spam folder, just in case you received one and it ended up in either of those places. Also double-check the header and source link, because this sort of thing is ripe for phishing scams.
If you don't have an email, you can still try your luck at restocks at the following links...
Note that Walmart uses the same landing page for both its own and marketplace seller listings. At the time of this writing, the link brings up a seller trying to hawk an Xbox Series X for a very-inflated $979 price tag. Yeah, that's a hard pass.
You can also tip the odds slightly in your favor by following certain accounts that keep track of restocks, including @mattswider and @Wario64.