Stray's Secret Language Revealed, How To Translate The Cryptic Text

Unless you've been living under a rock you are likely aware of Stray, te game where you play as a stray cat in a dystopian future uncovering the secrets of the world as you explore it. The game has a metacritic score of 84, which is impressively high for a brand new title.

Developed by AnnaPurna Interactive, and BlueTwelve, you take control of an adorable little cat that finds itself separated from other feline friends. As you advance through the game you find signage and language that all seems quite cryptic and is definitely difficult for any human to read, let alone a little kitty.

Well, thanks to the patience of Half Glass Gaming writer, Josh Wirtanen, we now have a full translation of that cryptic language, and it is surprisingly simple. Or at least, one of the key languages utilized throughout the title. There is some other language representations in the game, but these seem to mostly be artistic expression that don't necessarily have a direct translation. 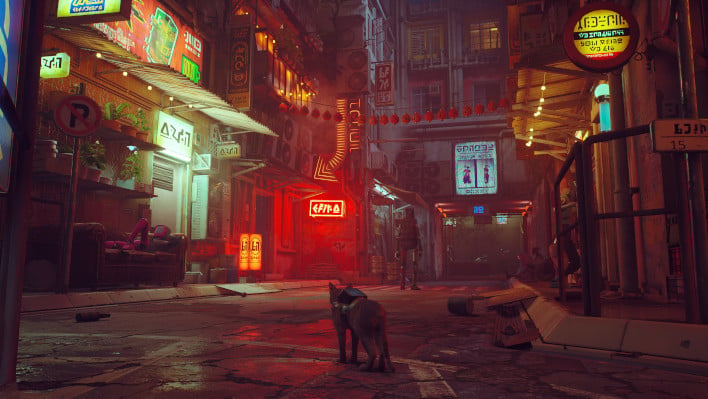 
"How did I manage to do this?" Writes Josh, "Well, I started with the chapter titles, and I began decoding those... For example, the chapter subtitled "The Slums" is actually called 'Home: Slums Part One'."

He even included a nifty little translation key, but does point out that there are a few character variations for some letters. 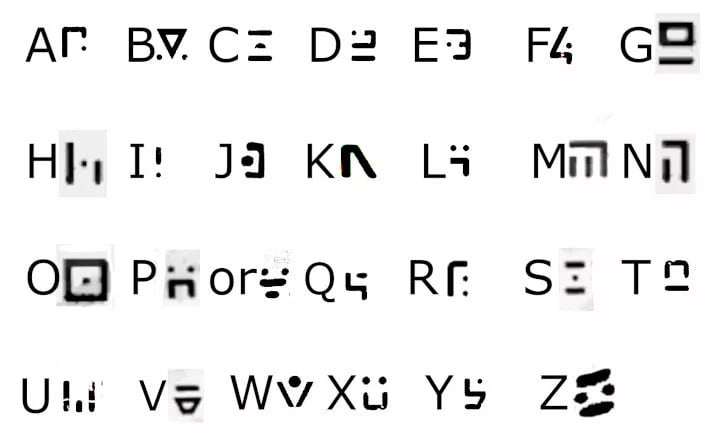 
According to SteamDB Stray reached a peak of almost 63,000 users on the day it was released, however it still holds peaks of more than 20,000 almost daily since its launch. This also does not consider the full picture, as Stray is also available for PlayStation 4 and 5.

Not only has Stray done extremely well since its launch, it already has a modding and customization scene popping up for it. A few days ago we pointed out that the title has a nifty little Happy Puppy Mod. There's a few fun mods, most of which customize your character model, like this one which changes you into the 3D animated version of Garfield. Maybe we'll see a full text translation mod so we won't have to manually decipher the text in the future.