Dog Lovers, Here's How To Replace The Cat In The Game Stray With A Puppy

Hey dog lovers, do you want to play the popular new game Stray but just can't bring yourself to it because it's not a dog? Well, you're in luck— thanks to a fun little mod the cute little cat can be turned into an adorable little puppy!

Stray was only released a few days ago, but it has made splashes thanks to its surprisingly emotional story telling, beautiful design, and the cute cat you play as, which has been captivating real-life cats who watch their owners play. As of this writing there are more than 21,000 people actively playing the title on Steam. Additionally more than 43,000 reviews on Steam are marked as positive. Upon it's launch day, last Tuesday, more than 62,000 people were marked as playing on Steam with over 284,000 watching people play it on Twitch. 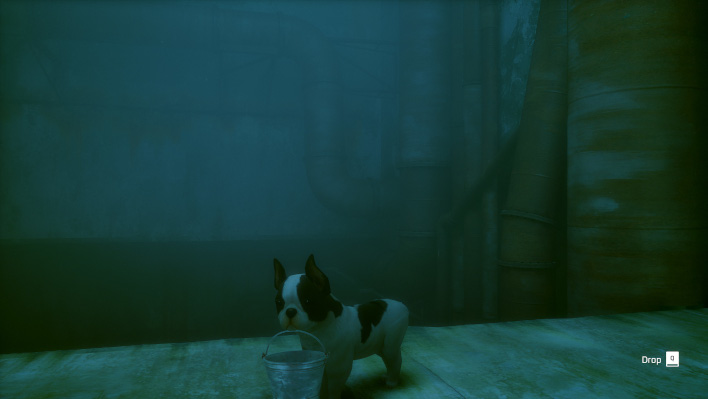 
All that doesn't mean dog lovers don't want a stray dog to play with too, and they're in luck. Thanks to the Happy Puppy mod on NexusMods users are now able to replace that cat with what looks like a cute little French bulldog pup. The mod comes complete with barks, and can even wear that awesome little backpack that the cat gets partway through the game.

This, of course, isn't the only mod available for Stray. As of right now the majority from NexusMods are just cat replacements, letting players replace the cat with breeds or colors of their choice. One mod replaces the unique unreadable characters with Latin letters though, making it readable. 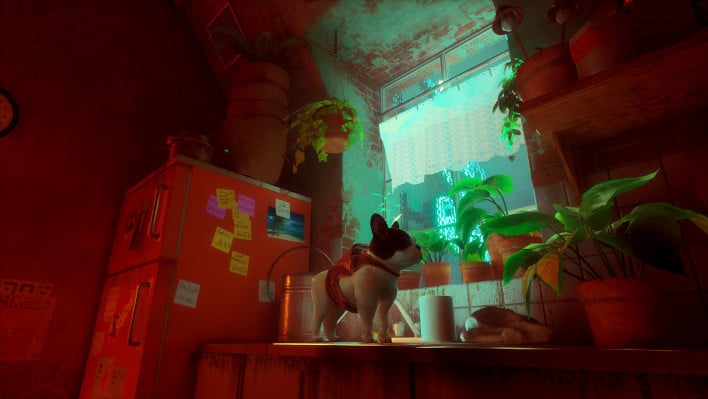 
A lot of people are touting Stray as a fantastic game, and we don't blame them. There is definitely something to be said about the opportunity to play as our favorite animal companions. Perhaps one day there will be a sequel to Stray that focuses on a dog instead of a cat, then we won't need mods for man's best friend. The game was released for Steam and both PlayStation 4 and 5.