If You Still Can't Find A Sony PS5 In Stock, Bot-Stomping Help Is On The Way In 2021

Unless you've been living under a rock, you know that it has been incredibly hard to find next-generation consoles from Microsoft and Sony anywhere in stock. Of the newly launched models, the Xbox Series S has been among the easiest to find, while both models of the PlayStation 5 have been the hardest to obtain. The Xbox Series X is somewhere in between.

With that being said, if you've still be striking out when it comes to obtaining a PlayStation 5, help is on the way. According to a report from DigiTimes, Sony shipped around 3.4 million PlayStation 5 consoles during its first 4 weeks of availability (which represented the highest total ever for a PlayStation console).

However, Sony is gearing up for a big ramp in production for 2021, and it is forecast that the company will produce between 16.8 million to 18 million PlayStation 5 consoles for the entire year. Given how supply constrained Sony has been with the PlayStation 5 so far, we have the feeling that the company will have no trouble finding a home for every one of those consoles. 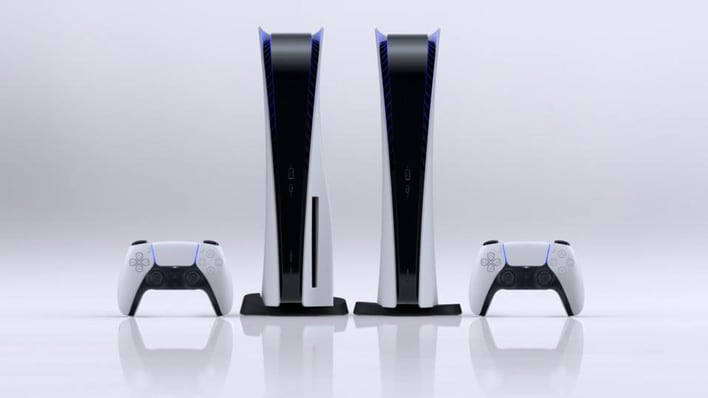 U.S. retailers have slowly been releasing PlayStation 5 consoles onto the market ever since the console launched in mid-November. Just yesterday, Amazon had two "inventory dumps" for the PlayStation 5 and PlayStation 5 Digital Edition. As someone who has been keeping tabs on next-gen console inventory, I received a notification about both drops, and responded within 10 seconds only to see that they were already sold out. The battle against the bots continues...

Retailer Target also had a limited number of PlayStation 5 consoles available for in-store pickup or drive-up service around 6:30am on Tuesday morning, but again, those consoles were snapped in within minutes.

It's going be a tough slog for gamers eager to get the consoles, but hopefully this news of increased production will make it so that supplies are sufficient enough to make it financially disadvantageous for resellers snapping up PlayStation 5's with bots. As it stands now, the PlayStation 5 Digital Edition is priced at $399, while the PlayStation 5 has an MSRP of $499. However, the consoles regularly sell for twice their MSRPs on eBay and other third-party marketplaces.