Have you been playing Elden Ring, lowly tarnished? If you've been playing it on the PC, you've probably noticed that it has a little bit of a stuttering problem. The severity varies drastically from system to system, and you can modulate it a bit with the fixes we posted on Friday, but it's pretty much present for everyone. 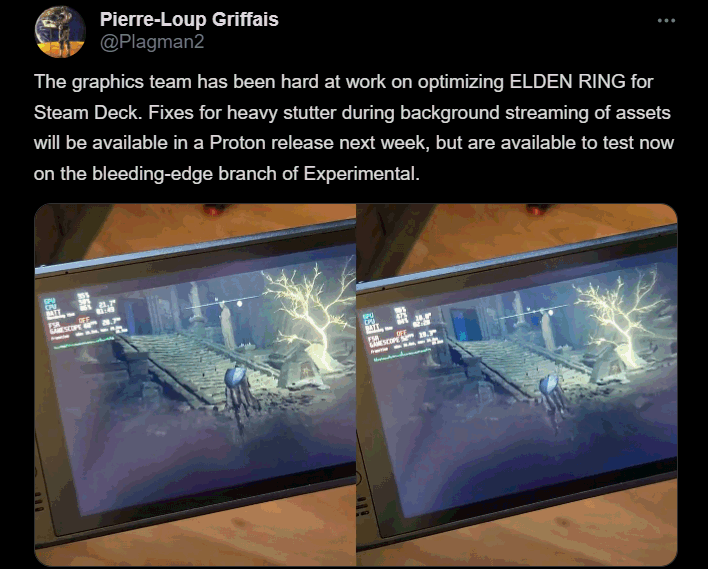 However, Steam Deck players may not have to live with poor performance for very long at all. In fact, you may be able to resolve it (at least to some degree) right now. Posting on Twitter, Valve's Pierre-Loup Griffais says that Valve's graphics team has been working hard on getting Elden Ring to run smoothly, and they have a fix in the works.


Pierre-Loup demonstrated the effect of the fixes in the first part of the game, where a short stairway is notorious for its severe stutter as you ascend the steps. Using the current release build, the now-familiar stutter is quite visible even at the relatively-low framerate, but using the experimental build it's about as smooth as you could ask for. 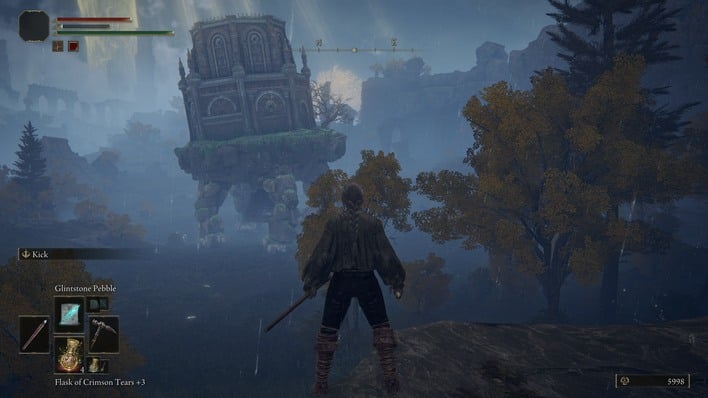 Mr. Griffais doesn't elaborate on the exact nature of the fix, but notes that it's part of Proton, which is the intermediate layer that runs between the Windows game and the Linux operating system. It's not an emulator, exactly; it converts Windows system calls directly into their Linux equivalents. That's already good enough to get huge swaths of the Steam library working flawlessly or near-flawlessly on the Steam Deck, and support continues to improve—as this story evinces.

The official fix for Elden Ring on the Steam Deck won't be out until next week, but if you're the type to live on the razor's edge, Pierre-Loup's video shows how to switch to the "bleeding-edge" branch of Proton on the Steam Deck so you can try it out for yourself. If you're on Windows, try out the fixes we offered on Friday. If you're still not satisfied with the game's smoothness, you'll just have to wait for a patch like the rest of us.