Bethesda's Starfield Has Over 3X The NPC Dialogue of Fallout 4, But No Voice For You

You probably didn't know this, but Bethesda Softworks actually got its start developing science-fiction games. In fact, some of its earliest titles were actually based on the Terminator film license. The studio is now by far most famous for creating the Elder Scrolls series of high-fantasy RPGs, but science fiction is a big part of its heritage—and not just the Fallout series, either.


That's part of why longtime Bethesda fans like your writer here are pretty excited for Starfield. If you're not familiar, Starfield is the next title from the Elder Scrolls developer, and it's an open-world spacefaring adventure. We got the first real look at gameplay and the game's in-engine graphics during the Summer Game Fest this weekend, and while there is definitely a lot to be excited about—like custom-constucted starships, a thousand open-world planets to explore, and more, the demo left us with a great many questions, too. 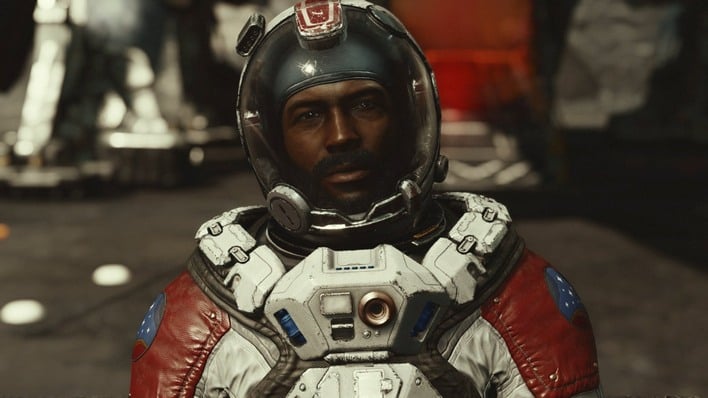 This is what conversations will look like in Starfield.


One of the more controversial aspects of Fallout 4 was that your player character, for the first time in a Bethesda Softworks game since The Elder Scrolls: Redguard, was actually voiced. The game also took an unusual, third-person approach to conversations, more similar to games like Mass Effect than previous Fallout or Elder Scrolls titles.


Well, if you were one of the haters who couldn't stand the conversation system in Fallout 4, at least two of your concerns can be assuaged. Bethesda has confirmed on Twitter that Starfield's conversations will be strictly first-person, and that the player character is not voiced. Both of these things are great news for folks who value deep immersion in their open-world role-playing games, because the pre-set voice in Fallout 4 may not have matched your expectations for what your customized character would sound like. 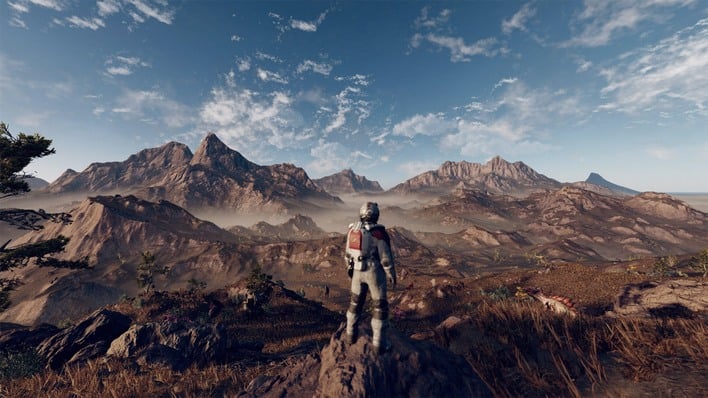 The game will have over 1000 planets to explore.


Judging from the brief bits of conversation that we got to see in the trailer—which were lacking any sort of HUD or UI—the conversations look like they might draw heavily from the style of The Outer Limits. Bethesda wasn't involved in that game, but it was very much a title after the Fallout mold. Conversations in that game could be intense as the camera zoomed in on the face of the person you were talking to, allowing you to appreciate the game's rich facial motion capture.


Despite the lack of player-character voice acting, there's no shortage of voices in Starfield. Back at Tokyo Game Show last year, the ironically-adored Todd Howard mentioned that the game would have over 150,000 lines of voiced dialogue. For perspective, The Elder Scrolls V: Skyrim had 60,000 lines, and Fallout 4 had around 111,000 lines—but some 70,000 of those were the player character's voice. Starfield's 150,000 lines is all NPCs; a huge number, in contrast. 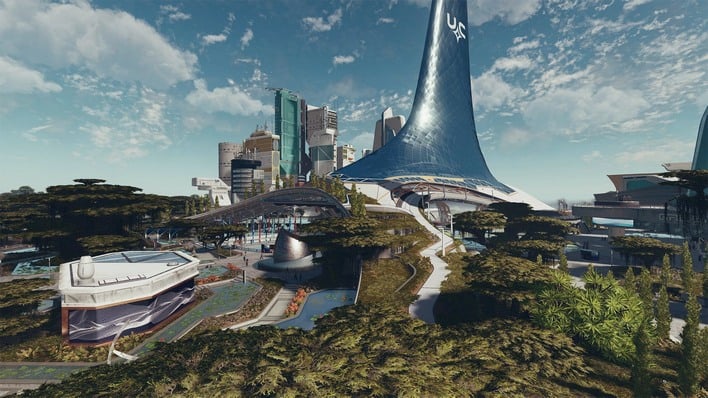 This spaceport takes up only a small part of the planet it rests upon.


We're really looking forward to Starfield here at HotHardware. The game was was originally slated to be out in November of this year, but unfortunately slipped to "early 2023" so that it could receive additional polish. Given the state in which some of Bethesda's games have released in the past, we're actually grateful for the delay.