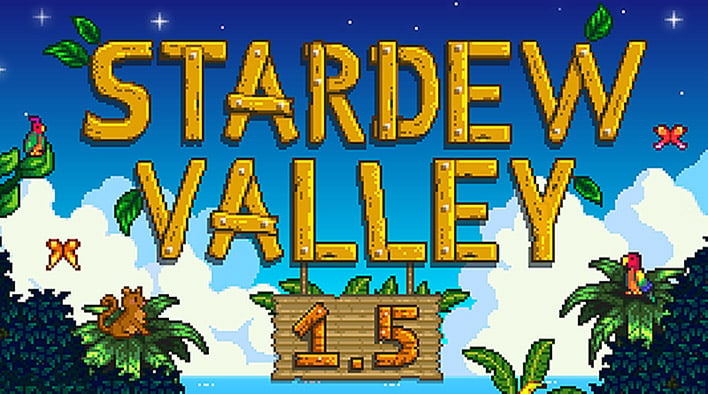 It is time to brush up on your farming skills. Developer ConcernedApe has just released an update for the beloved game Stardew Valley. The Stardew Valley 1.5 update is packed with new items, options, and events that will excite both new and veteran players. **Warning: Major Spoilers Ahead**

One of the most exciting features of the update is the beach farm. It has a lot of foraging and fishing opportunities and supply crates may occasionally wash up on the shores of your farm. However, this new farm type also presents a unique challenge. Most of the farm is covered in sand that can clog up sprinklers. There is only a small patch of “normal” soil on the farm where the sprinklers would work. ConcernedApe therefore does not recommend this farm to new players or players who want to go heavy on the farming. They instead state that this farm is ideal for veteran players to help make their “experience a little more fresh.” 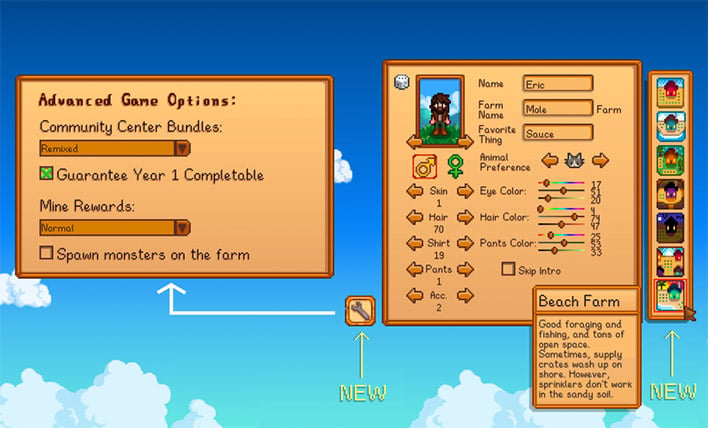 Veteran players will be especially pleased to see more customization options and late game content. Players who start a new farm can go under the advanced settings to randomize Community Center bundles and mine rewards. Players can also select a feature that guarantees that they can complete the Community Center bundles within their first year. Traditionally there have been some items in the bundles, such as red cabbage, that could not be acquired during the player’s first year in the game. A second Community Upgrade is available in Robin’s shop and there are more challenging mines and skull caves that can eventually be accessed. Players will be able to further customize and renovate their home and now have the ability to move their bed, greenhouse, and shipping bin.

The full list of content is rather overwhelming. As usual, the update contains various items, quality of life changes, and farm features. However, this update also includes an entirely new region of the world. Ginger Island has its own NPCs, enemies, events, minigames, puzzles, quest line involving multiple NPCs, unlockable resort, and unlockable island farm and farmhouse area.

Stardew Valley was released in 2016, but has remained fresh thanks to ConcernedApe’s updates. The game was nominated and won multiple awards the year of its release. At least 10 million copies of the game have been sold since 2016 and it is now available on PC, PlayStation 4, Xbox One, Nintendo Switch, PlayStation Vita, iOS, and Android.