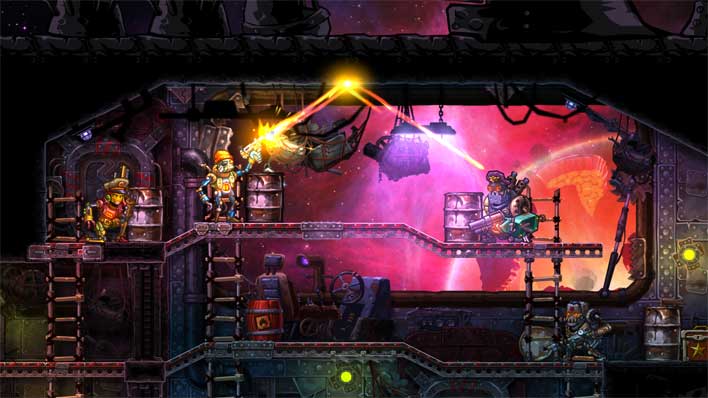 The Google Stadia streaming service is adding four games for that will be available to all "Pro" users to claim and play for free right now. The first of the free games is The Turing Test. It has players unraveling the mysteries surrounding an outpost on the icy moon of Europa.

Zombie Army 4: Dead War has players facing an army of zombies that are gearing up for an invasion. This is a co-op game that has the player and up to three friends collaborating to stop the zombies. SteamWorld Heist (image above) is a side-scrolling game about steam-powered robot space pirates that involves bouncing bullets off the environment to destroy enemies. Battle royale shooter PUBG is also available for free on Stadia Pro. Stadia announced these games late last month; they are now available to claim and play at the links below:

Anyone who has never tried Stadia Pro before can get a two-month free trial of the service, including access to all the games mentioned above. Wireless play using the Stadia Controller on laptop and desktop computers finally comes to the service this week. Previously, players needed to physically connect the controller to the computer via a USB-C cable to play.

Gamers have something to look forward to later this year. Stadia previously announced new games from EA are coming to the service this fall and winter, including Madden NFL, FIFA, and Star Wars Jedi: Fallen Order.

In other news, several new Stadia Pro subscriber deals were added to the Stadia store this week including: