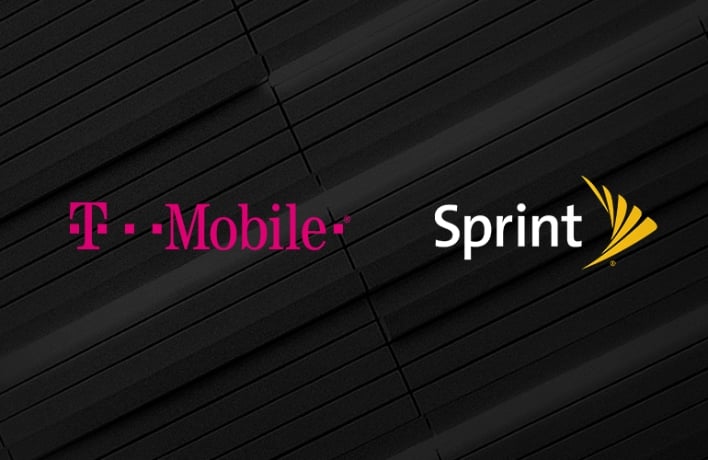 Sprint and T-Mobile have been trying to merge on and off for years. The latest effort kicked off in 2019 and some states have been fighting against the merger in court. Today, U.S. District court Judge Victor Marrero ruled in favor of allowing Sprint and T-Mobile to merge despite objections by state attorneys general from California, Connecticut, D.C., Hawaii, Illinois, Maryland, Massachusetts, Michigan, Minnesota, New York, Oregon, Pennsylvania, Virginia, and Wisconsin.

Opponents of the merger -- which was initially approved by the Department of Justice in July 2019 -- argued that the merger would lead to higher prices, particularly for those who use prepaid phone plans. Executives from the carriers, including T-Mobile CEO John Legere, however, testified during the trial that Sprint's business was deteriorating and that it wouldn’t survive if the merger with T-Mobile wasn't approved.
In the end, Judge Marrero approved the merger on the three grounds: the states failed to prove that the combined company would "pursue anticompetitive behavior" after the merger that would raise prices or lower service quality; that there is no evidence that Sprint would be able to operate successfully as a wireless carrier without the merger; and that states failed to convince the court that Dish Network "would not enter the wireless services market".

“Today was a huge victory for this merger … and now we are FINALLY able to focus on the last steps to get this merger done! We want to thank the Court for its thorough review of the facts we presented in our case,” said current T-Mobile CEO John Legere. “We’ve said it all along: the New T-Mobile will be a supercharged Un-carrier that is great for consumers and great for competition.”

For its part, lead attorney for the states, California Attorney General Xavier Becerra, stated, “Our fight to oppose this merger sends a strong message: even in the face of powerful opposition, we won’t hesitate to stand up for consumers who deserve choice and fair prices. We’ll stand on the side of competition over megamergers, every time. And our coalition is prepared to fight as long as necessary to protect innovation and competitive costs.”

Legere has announced that he is stepping down from his role as CEO effective May 2020 as his contract won’t be renewed. It's unclear why the contract with the CEO widely credited with helping to turn T-Mobile around won’t be renewed.