SpaceX is no stranger to launch delays. Bad weather or technical concerns are typically the most common reasons to halt a rocket launch. However, the most recent SpaceX launch was canceled for a rather unique reason. SpaceX was forced to abort the rocket takeoff just 33 seconds before launch because a cruise ship was sailing into the designated "no-go zone."

SpaceX intended to launch the COSMO-SkyMed Second Generation FM2 mission from Launch Complex 40 at the Cape Canaveral Space Force Station this past Sunday at 6:11pm ET. The United States Coast Guard was unable to clear a cruise ship out before the launch time and liftoff was consequently canceled. SpaceX production manager Jessie Anderson remarked, "We did have a cruise liner making its way towards the no-go zone that the coast guard was unable to clear out in time." A Coast Guard investigation is purportedly being carried out, but there is no additional information at this time. It is possible that the cruise ship that flew a little too close to the sun is either Royal Caribbean's Harmony of the Seas or MSC Cruises' Meraviglia. Both were scheduled to sail out of Port Canaveral. 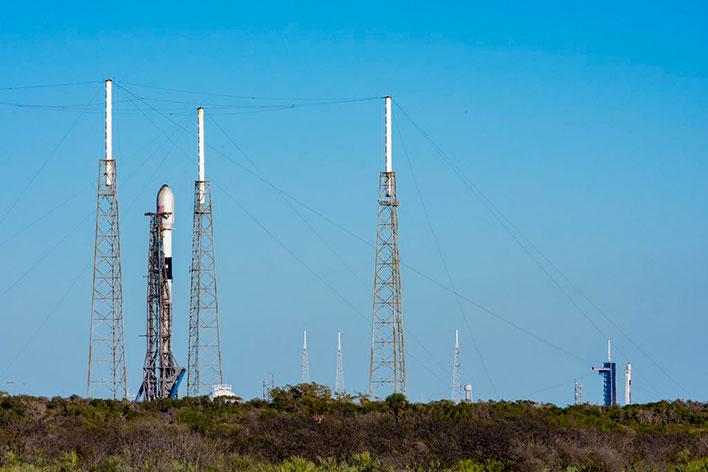 This is the fourth time SpaceX has needed to delay the launch since Thursday, January 27th.The first three launches were all canceled due to poor weather. SpaceX will attempt another launch today, January 31st at 6:11pm ET. The weather should be good and there is no concern about another delay at the moment. If this launch is delayed for whatever reason, though, SpaceX will need to try again on Wednesday, February 2nd.

SpaceX is attempting to launch one of two COSMO-SkyMed Second Generation (CSG-2) radar surveillance satellites for the Italian Space Agency (Agenzia Spaziale Italiana or ASI). The first satellite was launched in 2019 from the Guiana Space Center just a little north of Kourou in French Guiana. According to the European Space Agency, these satellites are meant to "ensure improvements and guarantee continuity with the First Generation COSMO-SkyMed (CSK) satellites, preserving the high quality and the highest precision features, both required for the interferometric activities."