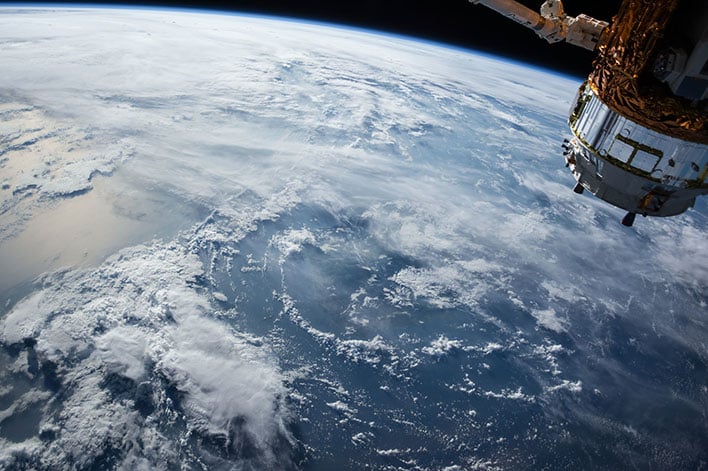 SpaceX is hoping its Starlink venture will become the first satellite constellation to not go belly-up financially, even though it anticipates a "deep chasm of negative flow over the next year or so." There is light at the other end of the tunnel, though, and getting there begins in earnest today with SpaceX opening up preorders for its satellite broadband service to the public.
The ultimate goal of Starlink is to make broadband connectivity a reality in places where up to this point it has been a pipe dream. This entails sending thousands of satellites into low orbit. SpaceX has sending satellites into space on a fairly regular basis, and has so far has attracted 10,000 users in the United States and abroad.

That number could balloon if Starlink takes off in a big way. It will not happen all at once, however—there are limited spots available for its public beta expansion, and the cost of entry from a consumer standpoint is rather steep. Here's a breakdown of pricing... 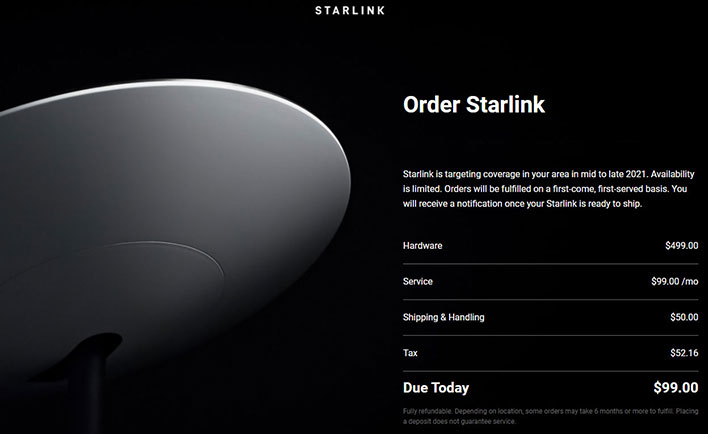 The service runs $99 per month, but there is also a $499 hardware fee for the Starlink kit, which includes a Wi-Fi router, satellite dish with a mounting tripod, power supply, and cables. Shipping and handling adds $50, and of course there is sales tax. So it is about a $600 cost to get up and going, not including the service itself, though if reserving a spot, only $99 is due immediately.
Where exactly you live dictates when you can receive service, whether it is sometime this year or even in 2022. And if you look at the small print, it indicates orders are fully refundable, and that "depending on location, some orders may take 6 months or more to fulfill." Furthermore, a $99 deposit "does not guarantee service."
Those are not deal killers, just something to be aware of when deciding if this is for you. At present, there are more than 1,000 Starlink satellites in space, and SpaceX aims to triple that number by 2024, which will come at a cost to the company.
SpaceX founder Elon Musk touched on this in a series of tweets, saying consumer costs should shrink over time as a result of the company's ongoing investments.

"Starlink is a staggeringly difficult technical and economic endeavor. However, if we don't fail, the cost to end users will improve every year," Musk said. He added, "Once we can predict cash flow reasonably well, Starlink will IPO."
It is certainly a promising service. In its current form, SpaceX says users can expect data speeds from 50Mbps to 150Mbps, with latency in the range of 20-40ms in most locations. The company also warns there will be "brief periods of no connectivity at all," though as more satellites go up into space, every aspect of the service "will improve dramatically."
If you are interested in preordeing the service, head to the Starlink website and input your email address and service address.