God Of War In 4K Rides Victorious To PCs On Tears Of PlayStation Elitists, Pre-Order Now

Some PC players have been envious of the kinds of games that have been PlayStation exclusives. Ghost of Tsushima, Uncharted 4, and Marvel’s Spider-Man have all been well-reviewed games, and only accessible to the PlayStation crowd. At least one PlayStation exclusive will finally be making its way into the hands of PC players, though: God of War (2018). Here is what you need to know to purchase God of War on PC this upcoming year.

God of War can be pre-ordered on Steam and the Epic Games Store for $49.99 USD and will officially be released on January 14, 2022. While this is twice as much as God of War on the PlayStation 4 costs now, it is the same amount Sony charged when the game was originally released on the console. Consumers will also receive the following with their purchase: 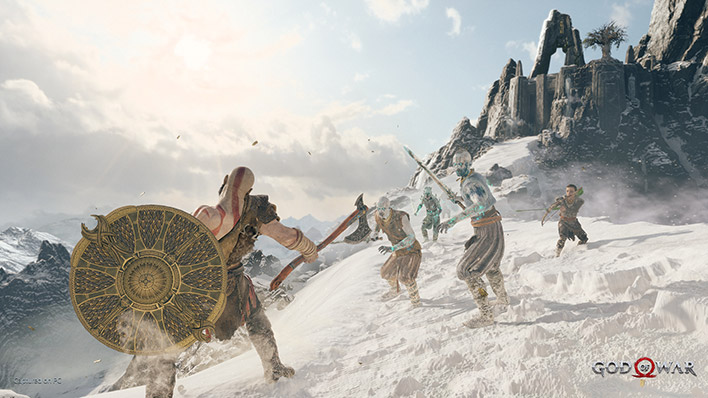 The developers promise that the game will be a cinematic masterpiece on PC with a wide range of options so that players can “fine-tune [their] visual experience.” They state players will experience a “no-cut camera as it follows Kratos and Atreus across the realms with the option of true 4K resolution, on supported devices, and unlocked framerates.” The game will have full integration with NVIDIA Deep Learning Super Sampling (DLSS) too, as well as support for NVIDIA Reflex low latency technology, and enhanced ambient occlusion pipeline with Ground Truth Ambient Occlusion (GTAO) and Screen Space Directional Occlusion (SSDO). It will also feature 21:9 ultra-widescreen support and support for DualShock 4 and DualSense wireless controllers. They further claim that mouse and keyboard players will be able to fully customize their bindings. 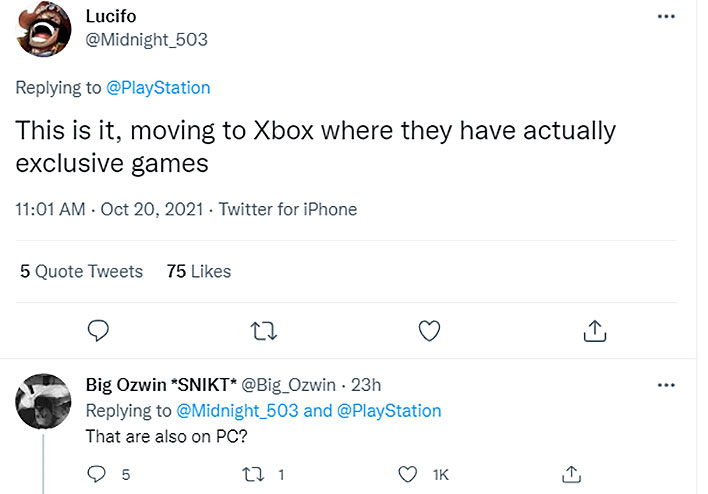 Many PlayStation players are disappointed by Sony's announcement. One of the draws of purchasing a PlayStation console is the opportunity to play exclusive games. One Twitter user commented, “True PlayStation fans realize this is the beginning of the end of the PlayStation console…” This sentiment has been expressed on Twitter and elsewhere on the Internet. Others have retorted that the release of a four year old exclusive on PC is not reason to go into mourning just yet.

God of War (2018) is a game that was developed by Santa Monica Studios and published by Sony Interactive. The game was an instant success when it was initially released and received praise from critics and fans alike. Some players have even claimed that it is one of the best PlayStation 4 games of all time. According to Santa Monica Studios, 19.5 million copies for God of War on PlayStation 4 have been sold as of August 2021. Although PlayStation fans are disappointed that their exclusives are no longer so exclusive, there will certainly be millions of PC players ready to sink their teeth into God of War.
If you're one of them, head to Steam or the Epic Games Store to secure your pre-order.