Gaming is one of the largest industries in the world. It provides entertainment, interaction, community, and just plain fun. With as many gamers as there are in the world, it's no surprise that accessibility is a big deal. To that end, at CES this year, Sony introduced a new accessibility controller for the PlayStation 5 code-named Project Leonardo.

Accessibility technologies may be a smaller portion of the gaming market, but that in no way makes it any less critical. Games have seen an influx of accessibility settings, such as close captioning and the option to scale it and provide backgrounds to the closed-caption. There are even color-blindness-friendly color palettes, and, as we're highlighting here thankfully, new interface devices.

In order to provide an interface that can allow almost anyone to game, Sony collaborated with charity organizations AbleGamers, SpecialEffect, and StackUp. In doing so, the controller that was created is highly configurable, works with many third-party accessories, and integrates with the PlayStation 5 very well. The design is made specifically to accommodate those with limited motor control, including difficulty holding a controller for long periods, accurately pressing small clusters of buttons or triggers, or the inability to position thumbs and fingers on a standard controller.

The components to the controller are all swappable, and the analog stick distance from the game pad itself can also be adjusted. This is all to provide the options that let players make the control scheme best optimized for them. On top of these physical customization options, there are software customizations available too, each button can be individually assigned, and those assignments can be set to one or two buttons simultaneously. That two-button feature is particularly useful in games that require multi-button combo presses. Additionally these configuration options can be stored on up to three profiles and each profile can be accessed from the PS5 console at any time, this means limited swapping of buttons and less manual configuration, if your layout for one game doesn't work on another. 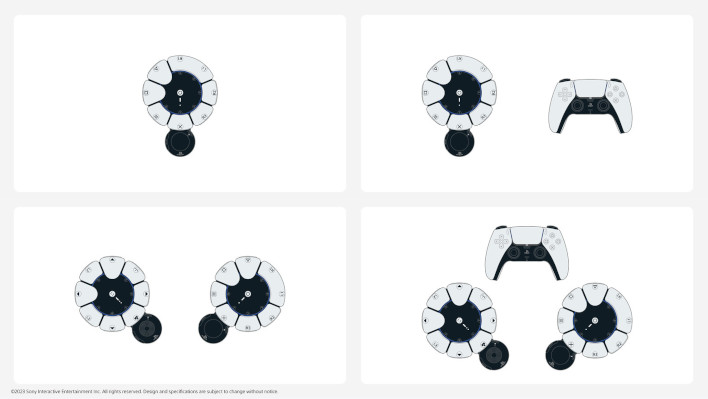 Another very cool feature is that Project Leonardo is not limited to the ability to only use one. In fact, the connection capabilities allow Project Leonardo to be paired with an additional Project Leonardo or DualSense Wireless Controllers. In fact you are able to use two Project Leonardo controllers and a DualSense wireless controller all at once. Adding to the expansibility, Project Leonardo also has two 3.5mm jack AUX ports, which allows third-party accessories to plug into these devices such as third party switches, analog sticks, or buttons. This opens up quite the spread of accessibility options for gamers.

Sony Interactive Entertainment Designer, So Morimoto said “Project Leonardo is part of the PS5 product family and is based on the same design concept. We were inspired by the idea of all players enjoying the world of PlayStation together. Our team tested over a dozen designs with accessibility experts, looking for approaches that would help address key challenges to effective controller use. We finally settled on a ‘split controller’ design that allows near free-form left/right thumbstick repositionability, can be used without needing to be held, and features very flexible button and stick cap swapping. “Because players can customize Project Leonardo according to their needs, there is no one ‘right’ form factor. We want to empower them to create their own configurations. The controller can also flexibly accept combinations of accessibility accessories to create a unique aesthetic. I am excited that the design will be completed through collaboration with players rather than presenting them with a single form factor.” 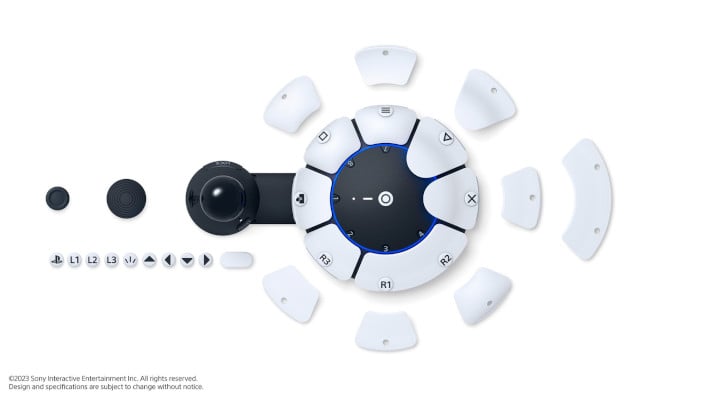 According to the PlayStation Blog, Project Leonardo is still in development, so as of now there is no MSRP or release date. Hopefully it works out as planned, because this is a very cool controller concept that we hope to see hit shelves for gamers in the future. It wouldn't be the first accessibility option out there, though. Microsoft released the Xbox Adaptive Controller back in 2018, and a very ingenious father even modified it to work with a Nintendo Switch.


This is just one of the many awesome announcements and previews coming out of CES this year, so stick with us and we'll keep covering all the coolest Hot Hardware we see in LV.