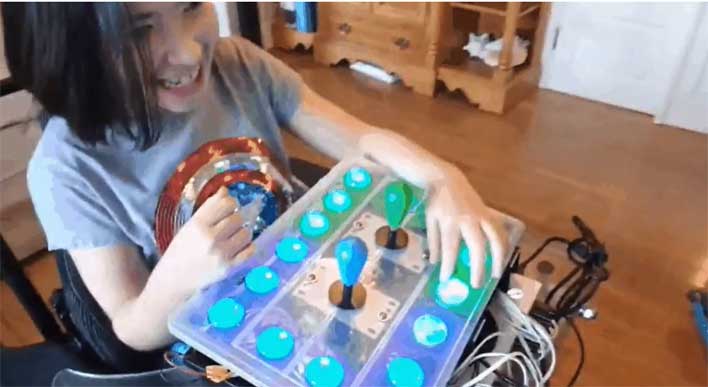 When it comes to adaptive controllers for gamers with special needs, Microsoft leads the pack. While Microsoft markets its Xbox Adaptive Controller, other major game console makers don't have first-party controllers for special needs gamers. However, Rory Steele designed a custom game controller for his daughter, who wanted to play Zelda Breath of the Wild with her friends.

To get his daughter playing the game, he managed to get an Xbox Adaptive Controller to work with the Switch. We don't have any videos or images of the actual build process, but Steele does talk a bit about what it took in the multiple tweets he posted. He started with a kit that he ordered online which included arcade joysticks and plenty of buttons.

This weekends project. Make a @Nintendo #switch accessibility controller for my daughter using @Microsoft #adaptiveController and some @eBay parts. pic.twitter.com/YHN38SG9dZ

He then soldered a number of wires to rig the entire custom controller up using what appears to be a tackle box. He says that after he gets the controller right, he plans to build something that will go over his daughter's lap. The brains of the custom controller comes from the Xbox Adaptive Controller.

Finished! Ava gives my homemade #accessibility controller V1.0 the thumbs up. She can play @Nintendo #BreathoftheWild on her #switch like her friends now. All thanks to @Microsoft 🙌 #adaptiveController #XAC @brycej @ArranDyslexia @shanselman pic.twitter.com/dOhGnUFZa0

All the wires from the buttons and joysticks are fed out through the plastic box and are connected to the ports on the rear of the adaptive controller. Unfortunately, the man doesn't talk about the specifics on how he made the Xbox controller work with the Switch. It's great to see that Microsoft's Xbox Adaptive Controller, which was unveiled back in 2018, is helping so many gamers with special needs to enjoy gaming. Steele's daughter Ava definitely likes the controller judging by the big smile on her face.