Halo Infinite is set to release next month, though in the meantime, 343 Industries surprised eager fans by launching the free-to-player multiplayer component early. While it is classified as a beta build, it includes all maps and core modes in Season 1. It also comes with what's supposed to be an unskippable loading screen that is around 20 seconds long, though there is actually a way around it. There's also a rather comical mod that can be applied.
Skipping the unskippable intro can be accomplished only on PC (sorry, console gamers) if you know how to do it. The way the game is coded, it triggers a video file in MP4 format. All you have to do is locate the file in question, dump it in the trash bin, and be rid of the 20-second loading screen forever (or until it gets patched back in). 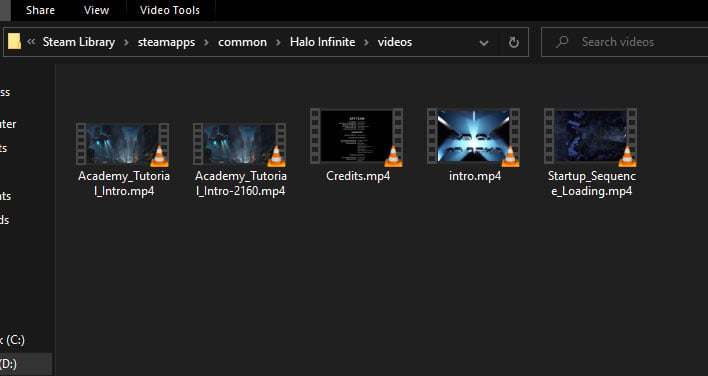 The easiest way to do this is to fire up Steam, right-click on Halo Infinite and select Properties. Click Local Files in the left-hand column, then press the Browse button, which should bring up Halo Infinite's installation folder in Explorer. From there, navigate to the videos folder and delete or rename the intro.mp4 file. Renaming it serves as a backup, as you can also change the name back to intro.mp4 to restore the video. Or you can just fling the file to another folder or a USB flash drive instead of deleting it outright.
Another option is to replace the video with something else. Jason Lamb, an Educational Lead Developer for McMaster University's Postgraduate Medication Education program, brought attention to this trick on Twitter by replacing the intro with a clip from Shrek. Check it out...

Did you know the Halo Infinite loading screen is just a video? An easily replaceable video? pic.twitter.com/Rxgjf3mWYM

This opens the door to pranking someone if you have access to their PC. Rather than delete the video or replace it with a short clip, Lamb pointed out in another tweet that since the intro is hard-coded to only finish when the video is finished playing, "technically you could force someone to watch the entirety of Joel Schumacher's 'Batman & Robin' every time."

Did you know that unskippable XBOX / 343 Industries startup sequence is just a video? And that it's hardcoded to only finish when the video is finished? And that technically you could force someone to watch the entirety Joel Schumacher's 'Batman & Robin' every time? pic.twitter.com/cBgrwEs89J

The mind run wilds with possible replacement videos to prank others with, whether it's a revival of the Rick Roll or something else. Enjoy!