Scientists are using satellite imagery from space to study the impact of cow burps on the environment. That's right, we're talking about cattle belches, which are the focus of a new study concerning methane emissions and how they pertain to climate change.

Contrary to popular belief, a cow's flatulence only accounts for a very small portion of the methane produced by cattle. Ninety-five percent is actually derived from cows burping, and the majority of that is released through the nose. Researchers are looking at how cattle belching while chowing down on their grass and grain in California's San Joaquin Valley generates plumes of methane gas that have been identified by satellites for the first time, and providing insight into how agriculture may be contributing to climate change.

According to high-resolution satellites owned by GHGSat Inc., methane emissions from the Bear 5 feedlot close to Bakersfield, California, ranged from 443 kilograms (977 pounds) to 668 kilograms (1473 pounds) per hour on February 2 of this year. If the cattle were to maintain that level of methane emissions for a year, they would release 5,116 tons of gas. That is enough to power 15,402 homes, according to the Montreal-based company in a recent statement.

Perhaps the greatest challenge to measuring these emissions comes in the fact that they are diffused and whipped about by the wind, making them very difficult to track from ground meters. Brody Wight, sales director at GHGSat, stated that the new findings were only possible due to advances made in reading satellite images. 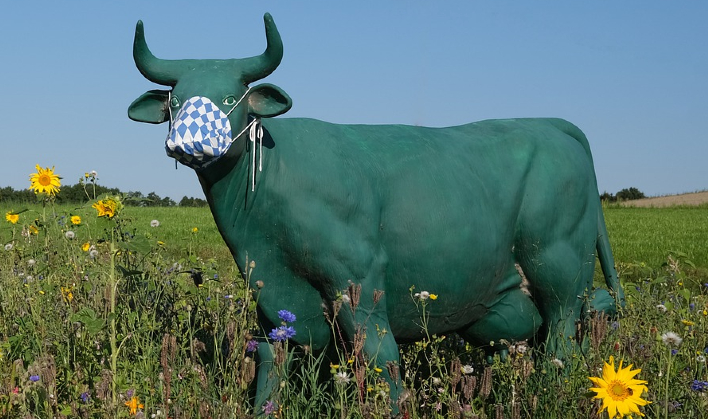 "This has not been done at an individual facility scale for the agriculture sector, as far as we know," Wight indicated in an interview with Phys Org. "The idea is that we need to measure first before you can take real positive action."

As a comparison, municipal solid waste (MSW) landfills are the third-largest source of human-related methane emissions in the United States, according to the United States Environmental Protection Agency (EPA). The methane emissions from MSW landfills in 2020 were about the same as greenhouse emissions from about 20.3 million passenger vehicles driven for one year. Landfill gas (LFG) is actually converted and used as a renewable energy resource in some locations.

A panel of United Nations-backed scientists warned in a report earlier this month that methane as a global-warming agent is more than 84 times more powerful than carbon dioxide in its first two decades in the atmosphere. The scientists stated that these methane emissions need to be cut by a third by 2030 in order to help slow the planet's warming. These emissions come mainly from human activity, including agriculture, in which cattle are the largest source globally.

There are ideas being floated around by the industry, which include using gas-capturing masks on the cattle and changing the content of the feed. Wight said that GHGSat will continue to scan the globe on a weekly basis with two satellites to 10 capable of daily surveillance early next year.

"Finding big sources quickly is the best way we think to have an impact in the near term," Wight remarked.