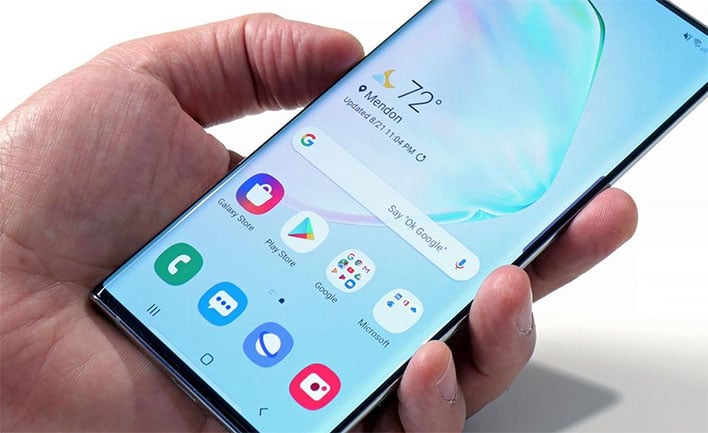 There have been numerous leaks regarding Samsung's next round of flagship phones, and namely the Galaxy S20 series, and they do not appear to be slowing down. Ahead of the launch, it has come to light that Samsung will bring a file sharing feature to Galaxy owners, likely starting with the introduction of the Galaxy S20+.
The file sharing feature is called Quick Share, and it is similar to AirDrop on iOS, in that it will allow Galaxy owners to easy transfer photos and files to nearby Galaxy handsets. It conjures up memories of S Beam introduced with the Galaxy S III, but without necessitating bumping phones (or holding them real close to one another).
According to the folks at XDA Developers, who got their hands on an APK related to the feature, Galaxy Share will offer user a pair of sharing options. One is to limit file sharing to people in the Contacts list, and the other is to open the floodgates to allow sharing files with anyone nearby who owns a handset that is compatible with the feature.
While similar to AirDrop on iOS, Quick Share will boast a feature the competition does not offer, which is the ability to temporarily upload files to Samsung Cloud. This will allow Galaxy owners to upload files up to 1GB in side (with a daily cap of 2GB) to then be streamed to Samsung's line of Smart Things devices, and downloaded locally.
We'll have to wait and see how well it all works, as well which specific devices are supported. The aforementioned APK was up and running on a few different Galaxy phones, but did not allow for file transfers, presumably because the APK was not intended for whatever those specific phones were.
Samsung is expected to announce the Galaxy S20 series during its Unpacked event on February 11, 2020.