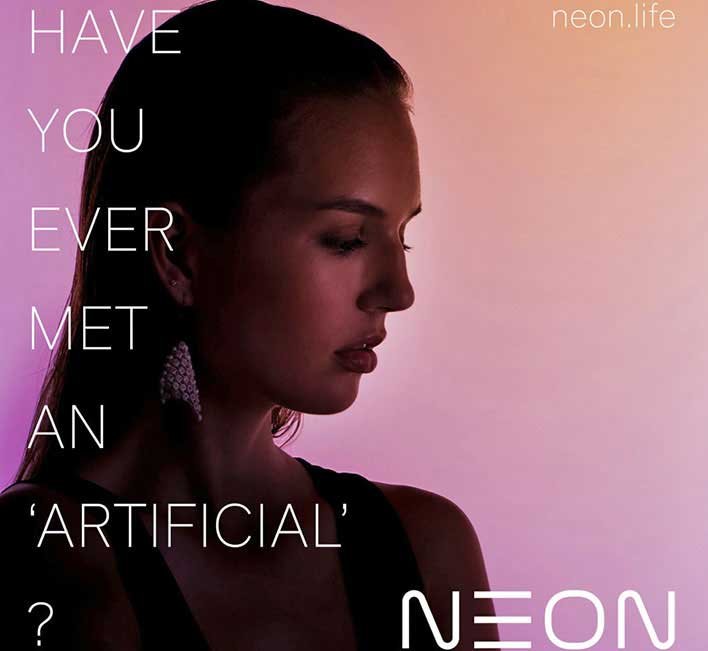 Each year at CES in January, manufacturers from many different parts of the consumer electronics and gadget industries head to Las Vegas to show off their latest wares. Samsung is is always at the show and typically shows off its latest computers, TVs, smartphones, and other devices. However, Samsung will be at CES 2020, and it will be unveiling something vastly different than what it has shown off before, and he, she, it is called Neon.

Neon is said to be an artificial intelligence technology that was developed by Samsung Technology and Advanced Research Lab in the U.S. and is expected to be introduced as a new AI platform from the Korean tech giant. Neon also currently has an official twitter account where it has been posting images of different beings of some sort, with the tagline that states, "Have You Ever Met an 'Artificial'?"

There are multiple images, each showing a different person. It wasn't lost on us that one of the females in the images seems to be wearing an earring that appears to be the Star Trek emblem, clearly a very cool choice in fashion accessories. All of the images of the people, which we aren't sure are actual humans or the Neon AI, can be seen on the official Neon twitter page. Samsung tempered speculation that it might replace Bixby with Neon, in a statement that Neon isn't about Bixby or anything we have seen before.

An unnamed industry official cited by the Korea Herald says that a new trend is to make AI platforms "resemble humans," and tech firms like Samsung are racing to make that happen. The unnamed official noted that the AI assistants are like real humans and are "beyond" other current device-based platforms. The platform is apparently for AI companions of a sort, including robots and digital pets. Samsung's official Neon webpage can be found here and there's an Instagram page for Neon here as well. In other, more traditional Samsung news, the company is rumored to be moving to the Galaxy S20 moniker for its next flagship smartphone device.